That’s Just Capital – Festive Things To Do In London 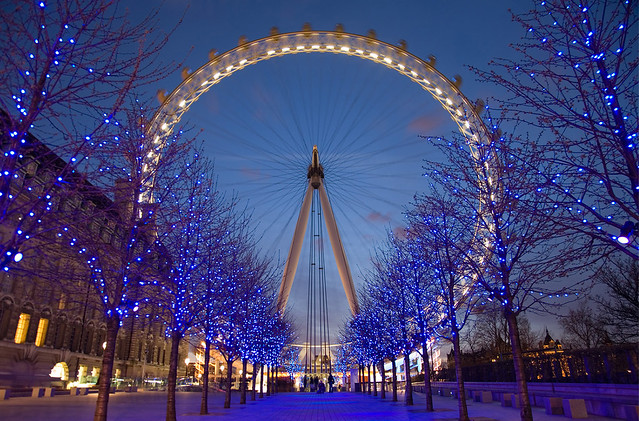 With all that Christmas time off in the pipeline, Elysium brings you the ultimate guide to the best our beloved capital city has to offer – from the weird to the truly wonderful, we’ve sought out the best days out on offer….

Down in the Tube Station at Christmas 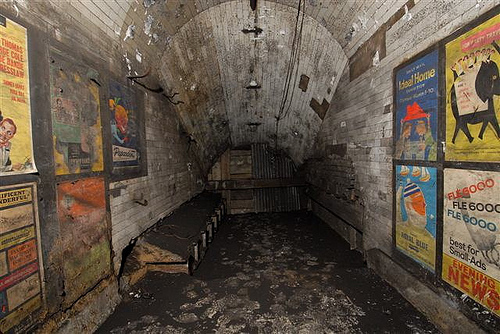 Perhaps Paul Weller could rehash his 1980 classic as a tribute to the current fascination with disused tube stations. Although there are many famous examples across London, many are considered too dangerous for the public to set foot in.  Personally I think this is a shame as the same health & safety execs are happy for us to take to the M25 but that’s another story.

Probably the most famous station of all is the one at Aldwych and the London Transport Museum has fortunately decided to let a lucky few take a peek in December. Expect to see plenty of ghostly apparitions and disused retro fag packets – believe it or not it was only 25 years ago that we were actually allowed to smoke on the tube trains themselves, horror of horrors.

And if you miss it this time around, the tours are expected to recommence in the New Year, as well as others including Down Street in Hyde Park.

Who isn’t a fan of burgers? That said, is it really worth making a day or night out around a burger van? Astonishingly, the answer in this particular case is a resounding YES! With a plethora of hot new burger joints springing up around the capital from the premium Hawksmoor to the achingly cool Meat Market, there is now far more to the London burger experience than the golden arches. Yet ask anyone really in the know and they will direct you to a burger van in deepest Hackney to truly experience meat heaven. 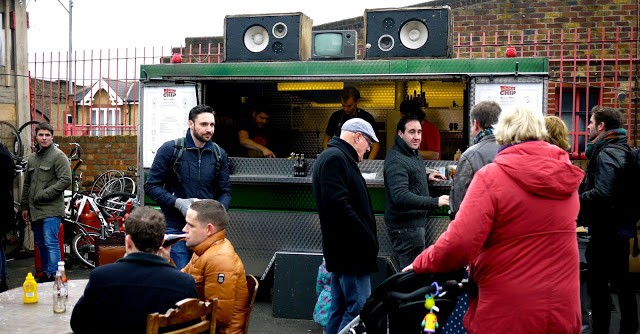 The burger van in question is called Lucky Chip which sits in a small car park off Westgate Street, just by London Fields, in Netil Market. The menu is simple but expertise is second to none. From the perfect patties to the beetroot onion rings and the star studded Hollywood menu, there is a reason burger connoisseurs travel from miles to feed their habit – and if you want to know what the fuss is all about you need to take a trip this Christmas. And while you’re there, why not stop off at The London Fields Pub for a swift half to either whet your appetite or give it a nice rounded finish.

I Wish It Could Be Weihnacht Every Day

Nothing beats the christmassy feeling you get at a traditional German Christmas market. The best are to be found in the southern German towns and villages of Bavaria – but that’s a touch further than your Oyster card will allow, The Southbank Centre has kindly recreated the experience for you. This Christmas Market brings the unique German Christmas feeling to Southbank Centre’s Winter Festival from 16th November – 24th December, where Queen’s Walk along the Thames turns for the fifth time into a christmassy promenade for the young and the young at heart. 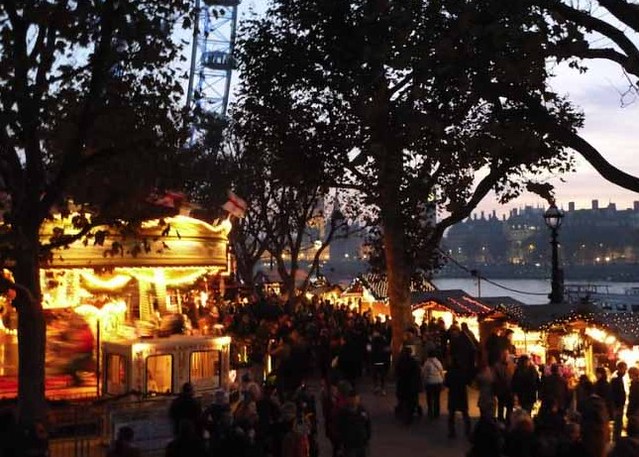 Amongst the fun on offer, 80 authentically decorated wooden chalets will sell a wide range of unique hand-crafted gifts and unusual Christmas presents; you can sip a warming “Glühwein” (German Mulled Wine); enjoy a famous German Bratwurst or indulge yourself with roasted nuts, gingerbread hearts, and many other delicious treats. As well as shopping, the carousel within the Christmas Market and traditional Christmas music will enthral visitors, filling them with the Christmas spirit. Or that’s the idea anyway.

Take A Walk on The Wild Side

If you fancy something a little more sedate and you want to be far from the madding crowd but the Scottish Highlands or Lake District seems a tad far, there really is nowhere more relaxing and inspiring to head than the amazing Richmond Park, situated a stone’s throw (if you’re a javelin expert doing the throwing that is) from Putney, SW15. 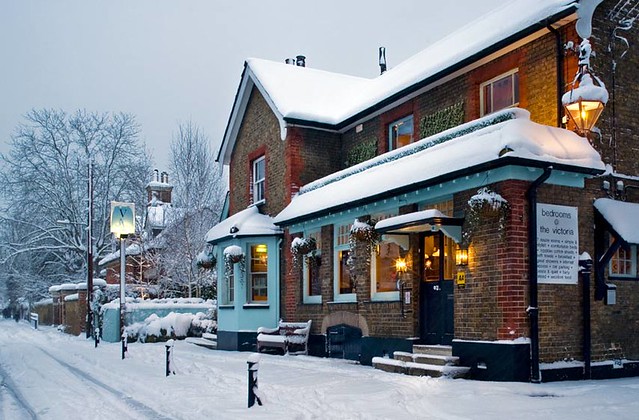 Try and get there early one morning – the sight of the dawn mists and the protected deer grazing nonchalantly transports you straight into a John Constable painting. In fact if you’re a fan of photography it’s almost impossible to take a poor picture anywhere in the park, it’s that beautiful. A couple hours’ walk is certainly not excessive and you can build up a fine appetite for a traditional roast or other gastronomic delights at one of the picturesque pubs situated just outside the park.  Our favourite is The Victoria with its enticing fireplace, great menu and great choice of nutty ales.

No one says Christmas in Londonlike Charles Dickens, the greatest ever English novelist and creator of the most iconic of Christmas characters including Ebenezer Scrooge. 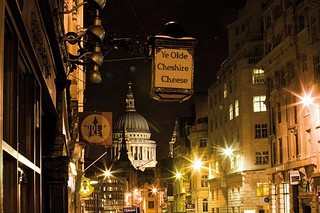 So we’re rather excited that The Dickens Museum has created some rather splendid “Dickensian Christmas Walks” where visitors can explore not just Dickens’s home itself but also the streets of the city that inspired him. The beautifully restored Museum has been “dressed for Christmas with festive greenery and spice” and after indulging your senses in Dickens’s London home, a guide will collect you and take you on an atmospheric walk through the streets of London.

The traditional Dickensian route through the evocative old London Dickens knew so well explores the story of Dickens and his immortal tale ‘A Christmas Carol’, resplendent and rich with history and readings and a visit to his favourite tavern.

Come in!’ exclaimed the Ghost. ‘Come in! And know me better, man!