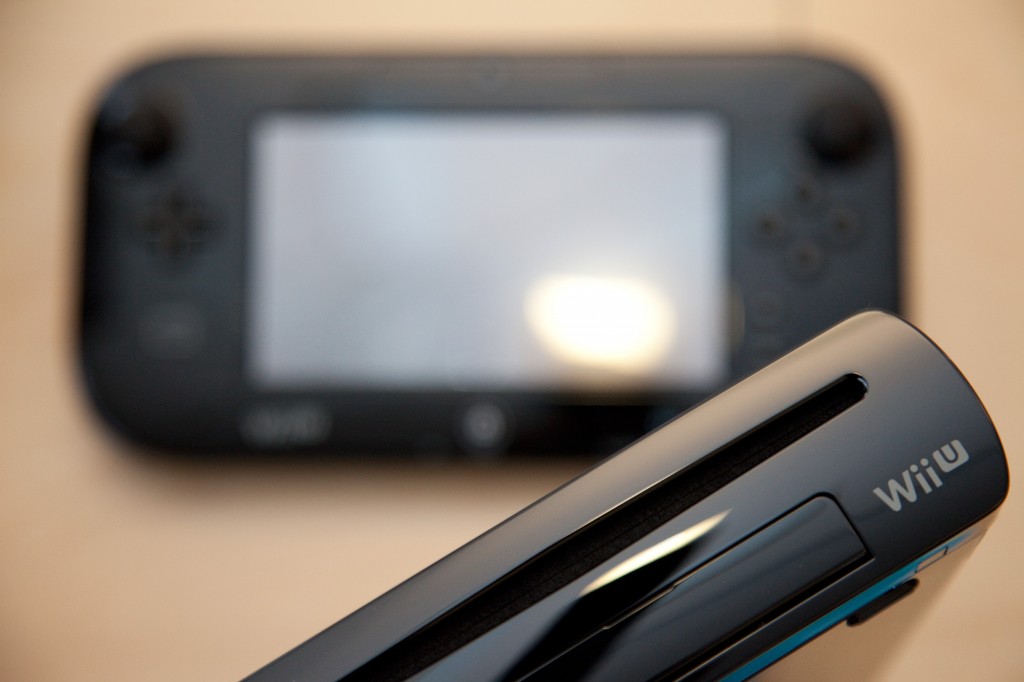 Nintendo does it again – 6 years after the Wii a new console is released today. The thoughts of more Mario in HD is appealing, time to take that all important break from Call of Duty and consider your next purchase.

Nintendo’s new console is an anomaly in the game console ecosystem, but not for Nintendo. The company that popularised stylus-powered gaming, microphone-powered gaming and motion-based gaming, is once again pushing game control inputs forward. And just like its previous consoles, lessons learned from past hardware build the foundation of its latest effort: the Wii U and its bizarre-looking, but conventionally named, “GamePad.”

The Wii U console itself, for instance, looks almost exactly like the original Wii. It’s longer (10.6 inches vs. 8.5 inches for the Wii), a bit rounder on the edges, and there’s an HDMI port out back, but overall it’s quite similar to its squatter predecessor. It’s enough that you’d get the two confused if they were sitting in the same entertainment center. Naturally, the beefed-up internals and Wii backwards compatibility mean you’ll likely be replacing the Wii.

Of course, the GamePad is the real star of the show here, bolstered by Nintendo’s ambitious “TVii” experiment. Everyone’s favorite Italian plumber looks super in HD, no doubt, but how software employs the multifaceted touchscreen tablet / traditional game controller hybrid is what really matters. 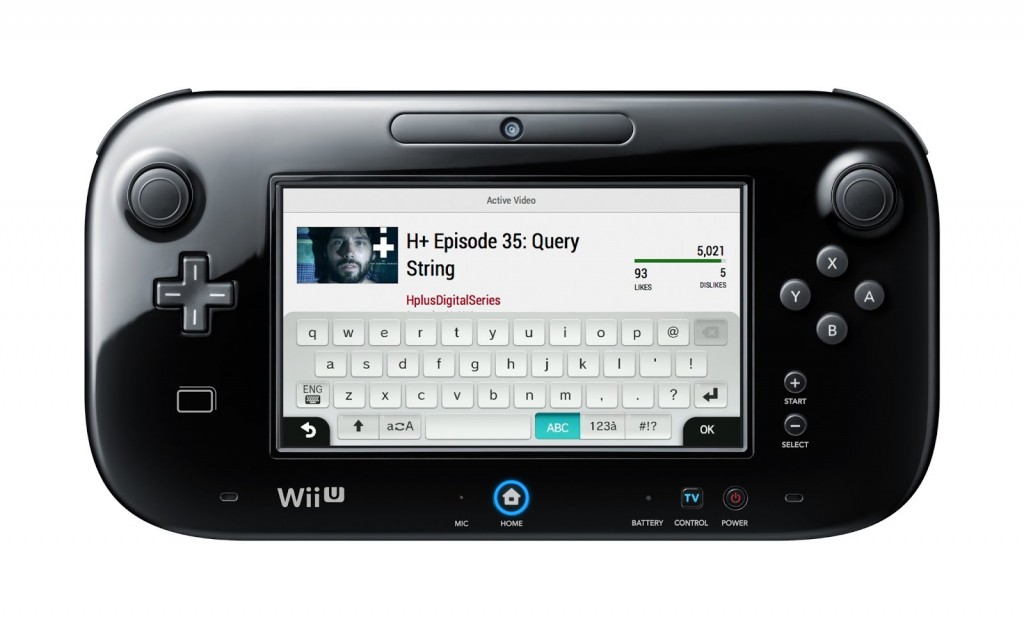 The Wii U’s touch-based GamePad controller has its roots in the Nintendo DS, as evidenced by the GamePad’s stylus concept, the aging resistive touchscreen, and the microphone residing along the bottom. A player-facing camera — no doubt borrowed from the DSi — sits parallel to the mic, just above that enormous touchscreen. Two Nintendo Wii Nunchuk convex, clickable analog sticks punctuate the left and right sides of the GamePad, and the plus and minus buttons (replacing start / select) from the Wiimote sit along the lower right.

The SNES’ hallmark four-button layout and d-pad line up on either side of the touchscreen just below the analog sticks. This sure is a Nintendo device, eh? Or is it everyNintendo device, all at once? 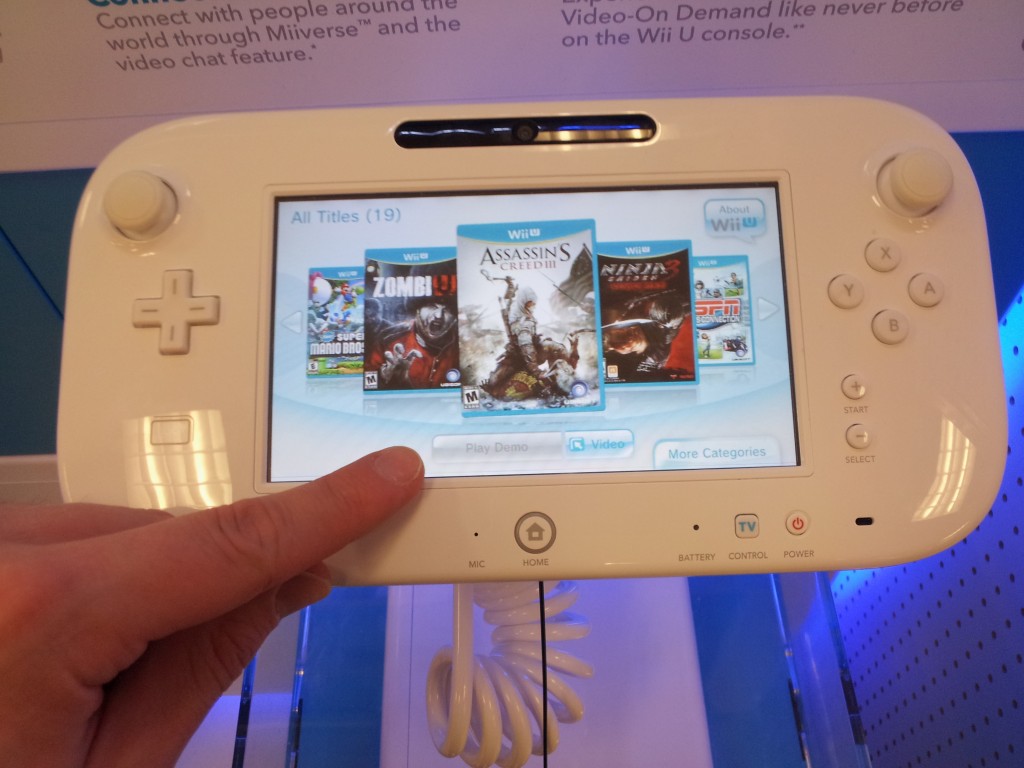 Of course, the GamePad is more than an homage to Nintendo’s previous hardware, and there’s plenty new to gawk at — a volume slider controls how loud the GamePad’s speakers are, a haloed Home button sits along the bottom (allowing for quick access to the GamePad’s settings and the console’s main menu) and a red battery light indicates when you’ll need a recharge (solid to warn, blinking when death is imminent).

It is a joy to use and really makes the Wii U stand out from the other consoles on the market. There is a lot of functionality which can be used in the future – it is a wait and see on many accounts.

Nintendo promised consumers a modern HD gaming console, and the Wii U delivers on that promise – most of the time. Games look gorgeous (HD Mario!), the risky controller is another successful control innovation and there’s a ton of promise on the horizon. But there are also some major missteps and half-baked ideas: a befuddling Friends List / Miiverse connection, a complete lack of many system-wide console standards (group chat, achievements, the ability to play non-game disc-based media) and a game controller that has limited battery life. 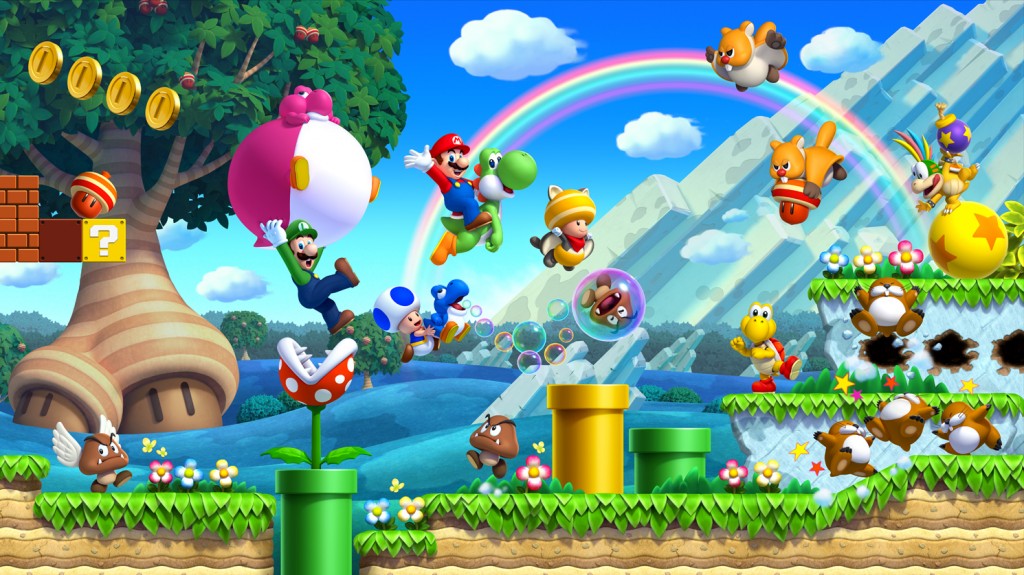 Overall it does take gaming back to basics and the innovation means it will do well against the PS3 and Xbox this Christmas. However, time will tell whether it is another Wii resting and gathering dust!

The Nintendo Wii U is available from 30 November 2012.