So Microsoft has announced that its fitness band –Microsoft Band – is coming to the UK on 15 April, going head to head with the Apple Watch which will launch a few days later on April 24. Elysium Magazine takes a look of what Microsoft has managed to create and whether it will be a contender for the crown. 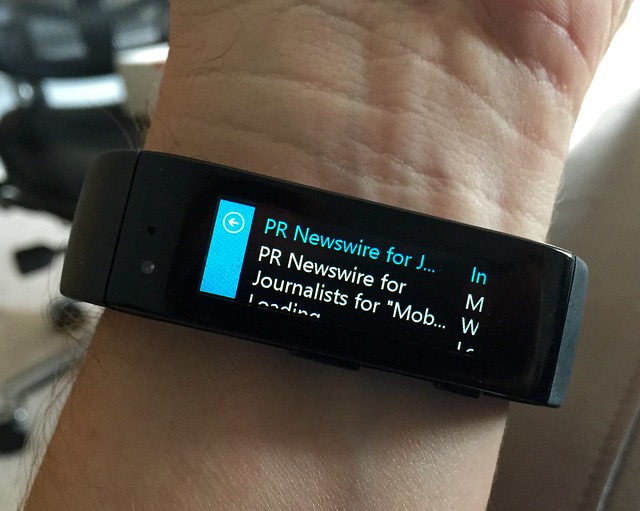 The Band, which has been on sale in the US since the late 2014, is a discreet black, yes, band, that is principally a fitness tool and tracker with some additional productivity functions. With 10 sensors recording everything from heart rate, step count, calorie burn and sleep quality, the data it records is then synced to the Microsoft Health app on your phone.

Aside from a constant monitoring of step count, distance covered and heart rate, its built-in GPS means it will also track your run stats and map out your route and stats within the app, without you needing to take your phone with you. There are also settings for cycling and weights workouts to get a clear picture of the relevant numbers for each workout. 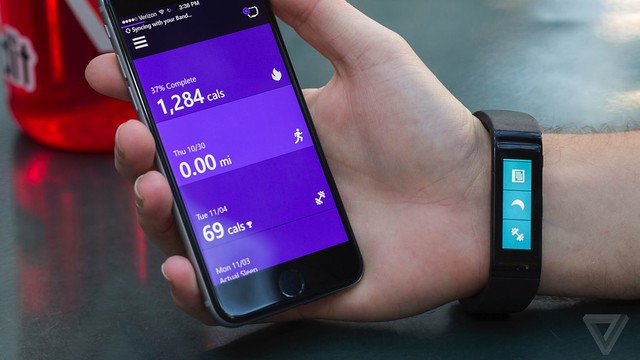 The best part for us was the Guided Workouts feature. Microsoft has teamed up with Nuffield Health to provide a pretty extensive list of different workouts of varied lengths and styles which you can select in the app and send to your Band, which will then take you through a specific routine via on-band instructions and vibrations.

The Band will also create calendar alerts, text messages, email (don’t worry, you can turn this off), Twitter notifications, even weather forecasts, without needing to pull your phone out.
The Band syncs with third-party apps like MyFitnessPal and Runkeeper, and more apps are expected in the coming months. Battery life is solidly in the 2 day bracket, and the Band will work with any smartphone including iOS. The Apple Watch on the other hand won’t work with Android. 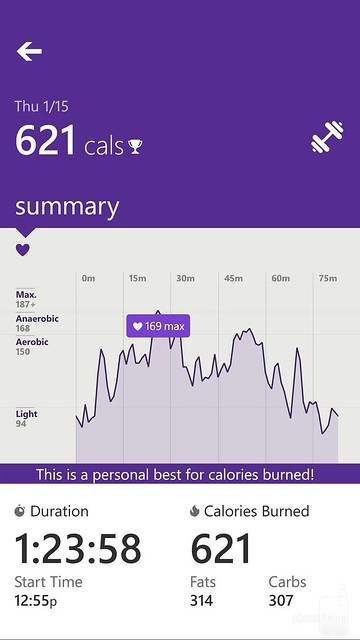 If it’s the fitness side of smart-watches that most appeals, the Band has a lot to recommend it. Discreet, easy to set up and use, and arming you with just enough of the right data to make it a genuinely effective way to record, hone and take more control of how much exercise you do. The Band also eases you in to the potential benefits of a smart-watch for wider lifestyle uses like email and meeting alerts too many unnecessary functions. A solid piece of tech that could really push the boundaries for fitness technology. We were certainly impressed. At almost £100 cheaper than the entry level Apple Watch we have high hopes for the Band.

Microsoft Band will be available from April 15 but can be pre-ordered from Amazon, Currys PC World and Microsoft Store for £169.99.