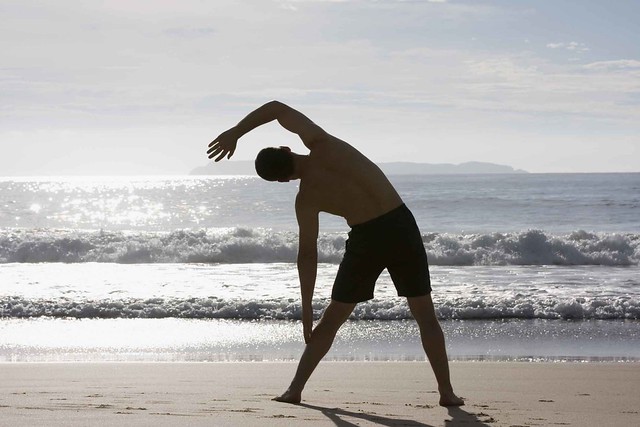 At Elysium Magazine we’re always up for a challenge. Put forward a test of our powers and we’ll duly muster our inner strengths to conquer that which lay before us. So, earlier this year we put forward the notion about the benefits of yoga as part of a fitness routine. Now, in our duty to all the discerning gents out there, we thought it was only right that we’re put through our paces at a yoga retreat to discover how best the modern man could incorporate yoga as part of his fitness routine. Is this something you need in your life, or is it a stretch too far for the discerning gent?

Rather than be cramped up en mass in a studio class after the stresses of a 9-5 weekday, the idea to explore a little further from Elysium Towers appealed to our wanderlust. As flagged earlier in the year, Sardinia Yoga is a retreat based on the sun-kissed island of Sardinia. It operates two periods throughout the year out of high season: May-June and September. The reason for the two slots either side of high summer is to save you from the scorching temperatures of the Sardinian sun where the mercury tops 35°C without fail. A few days in the May sun seemed a great idea to Elysium so off we went.

Sardinia Yoga is based in the north-eastern part of the island in a beautiful area called the Costa Smeralda – so called due to the stunning emerald blue-green seas. The setting and the glorious sun easily help you to adjust to your new surroundings almost immediately. An afternoon arrival gives you the chance to just relax and soak it all in. 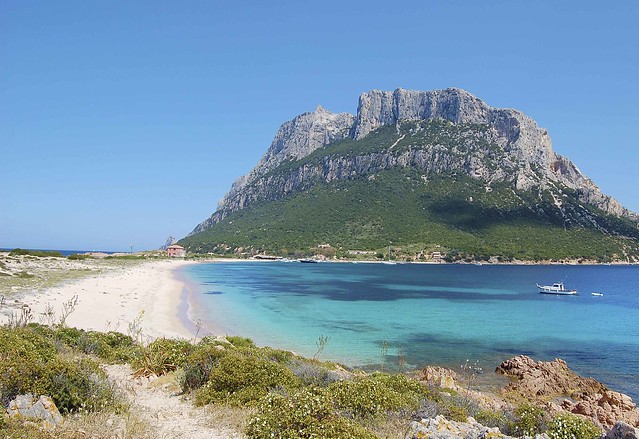 A welcome session for all the newbies to meet up and say hello before class is arranged by the attentive staff of the Grand Hotel Perto Cervo. It’s helpful for two reasons – firstly you get to meet the yoga instructor who’ll explain the structure of the classes and allay any fears you might have. Secondly you can flag up any injuries or issues with joints and muscles that might hinder you whilst in class. Despite yoga being a non-contact exercise, as Elysium found out, it does put the body through its paces so it’s important to mention anything that could be dangerous or painful for you.

Yoga classes’ start early the following morning at 8am sharp so you’re advised to pop into the restaurant for a very light breakfast of fruits etc and ensure you’re well hydrated. Despite it being early, the heat soon gets going well before lunchtime. Classes take place on a purpose built exercise stage overlooking the beach and shoreline – it’s probably one of the best views you can get early in the morning. The views effortlessly beat the glare of studio mirrors any day of the week. If you’re an early bird, witnessing a sunrise here is highly recommended. There’s nothing quite like seeing the stunning amber hues coat the simmering sea as it rises from the horizon.

Ahead of the four yoga sessions of the trip, thoughts turned to how simple stretching and poses could easily be managed. It’s basically an extended warm up/cool down phase following a gym session, right? Wrong! Those foolish perceptions were broken in the first session. Taking the yoga instructor’s lead, everyone attentively followed as she explained poses before everyone attempts them. You soon learn how crucial breathing is to your success in yoga. The right breathing at the right moment focuses the mind and allows the body to go that inch further in a stretch or take the concentration away from a point of physical stress. As a newbie the moves weren’t second nature and there was a constant craning of the neck to glance if poses looked right – this is only natural for a beginner, and the more you practise the greater the familiarity you’ll have.

The first session, all two hours of it, was probably the toughest. This was a dynamic form of yoga – feats of body strength, co-ordination and focus caused mayhem with this discerning gent’s system, yet there was no white flag of surrender. Following the first session, waking up the next morning the body did feel like it was on the losing end of a fight – sore shoulders, hands, and leg muscles were all particularly prominent – but it just gives you a feeling that your body was working muscles neglected through your gym routines or sports activities. The second yoga session was one of more determination now that knowledge of my art was starting to develop. There was less looking up at the instructor, and instincts clocked on to what names correspond to the way the body should contort.

Buzzing From The Energy 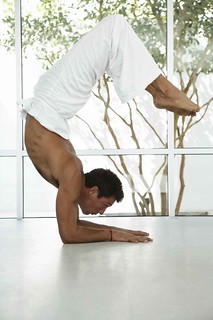 By the third session there was real progress – gliding into moves, the ability to hold poses for longer and a range of movement much deeper than initial sessions. On the fourth and final session confidence was flying – moves were second nature and endeavour saw successful completion of advance moves in the series. Nothing is ever 100% perfect as there is always another level to reach but this was pretty good going.

Jennifer Ellis, instructor at Sardinia Yoga helped explain the concept to Elysium: “The physical benefits of practising yoga include increased flexibility, muscular strength and tone as well as fitness. It helps to release stored up energy and tension in the body as well detoxifying the body. It brings about a sense of calmness during and after the practice.”

Soaking up the rays each day by the pool or exploring nearby docks at Porto Cervo – the sun drenched life and healthy lifestyle was boosting energy levels and the whole outlook on life was good. Could it be that yoga was reaching levels much deeper than a purely physical one? The evidence was there in the glowing skin to see.

So could this be the type of holiday retreat for the discerning gent? On the positive side firstly, there is an strong feeling of discipline that yoga instils in oneself that can be invaluable across many scenarios in life. Secondly the ability to witness the power of your own mind through focus, controlled energy and deep breathing is laid out in the Sardinian sun for you to witness. The focus and sense of tranquillity can be mastered and used anywhere – the boardroom, the daily commute or simply whilst waiting in a long queue. Thirdly this is the perfect getaway to enjoy with the lady in you life – amongst the delicious food and wine, picturesque landscapes and idle time recharging by the hotel pool – it provides the opportunity to switch off from life’s stresses and enjoy each others company. It’s very hard not to fall in love with this perfect lifestyle.

Jennifer added: “Starting out a yoga practice often requires exploring a range of styles and teachers in order to find one that resonates with you and a style that best suits you. It’s important not to have preconceived ideas of what yoga should be and approach it with an open-mind.”

Sounds great, but what’s the catch? Is there anything to detract the discerning gent from such a trip? The first point to be addressed revolves around the scenario of practising yoga on idyllic beaches – it cannot be compared to slugging it out cheek-to-cheek in a studio class. With Sardinia Yoga everything is designed to help you get the best out of your time there. Secondly, yoga is still predominantly a women’s world – classes have high percentages of female participants but this shouldn’t deter you. Discerning gents carry themselves well in any scenario, just avoid the lycra.

Lastly, and this refers to yoga as a whole, the practice of yoga is something you don’t dip in and out of frequently. You’ll get the maximum development from regular involvement. Commitment to the cause, much like anything else in life, rewards you for loyalty.

Overall, this experience of yoga has shown this discerning gent from Elysium how beneficial it would be as a supplement to a fitness routine. The deeper stretches will allow you to push further in your chosen sport – just like Premiership footballers who have prolonged their careers. The breathing techniques help to align focus and regulate the body’s system so everything is in sync. Add to this the relaxing hotel, gorgeous views and delicious food. It all points in favour of yoga for the discerning gent. A supple and more focused discerning gent for 2012.

Sardinia Yoga is open for twelve weeks in 2012: 5th May – 30th June and 1st -29th September. Insider knowledge – Elysium has it on good authority that September is the best time to go. To book visit: www.sardiniayoga.com

Flights via easyJet to Olbia

Look out for Elysium’s review of the Grand Hotel Porto Cervo – coming soon!

Had a great experience with yoga, or found that it’s helped you reach another level in sport and fitness? Elysium would love to know about it. Tweet us now!