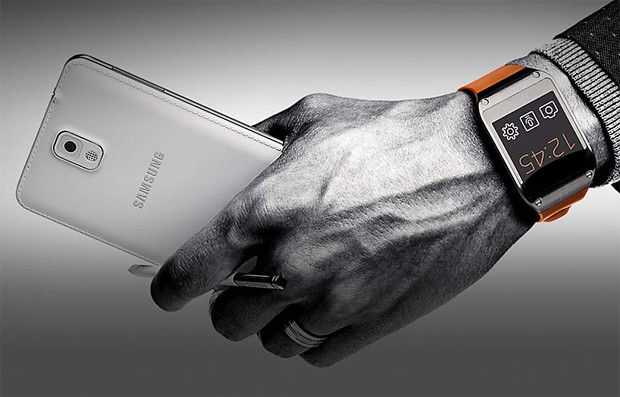 The concept of wearable tech accessories is great, the power of a smart phone on your wrist. A classic timepiece is a bold statement for any discerning gent but can a watch that tells you the weather maintain that same level of sophistication?

With much anticipation, we were keen to get our hands on the Galaxy Gear, tipped to be the best mass-market smart watch. Read on to find out whether we believe the Gear is what you should have on your Christmas list.

The Gear is designed to look as a watch should. It is stylish and smart, and wouldn’t look out of place poking from the sleeves of a sharp tailored suit. Samsung could have embraced the futuristic geek’s dream on the design of the watch but we are glad it attempted to maintain a certain level of traditional style.  For those would want everyone to see the Gear on their wrist it comes a range of colours. 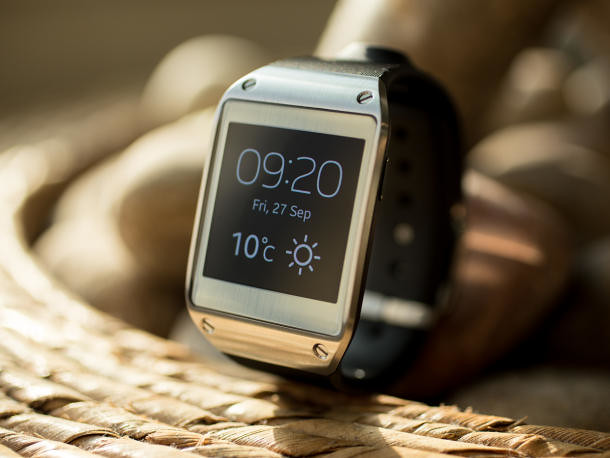 Once you have synced the Gear to your Galaxy note, you can use the S Voice system to control most of the features available on the Gear. This is particularly handy when you wish to make calls from the phone or launch an app. The S Voice function is particularly useful when you want to record a memo – it converts your voice to text on your Galaxy.

When a call comes in, it’ll pop up on screen with options to accept or decline the call. If the contact is saved to your phone, it’ll show the person’s name and a linked image, if you have one. Text messages are handled in much the same way, with an icon and name popping up that you can tap on, or head into the notifications section to read it later, along with other received messages. 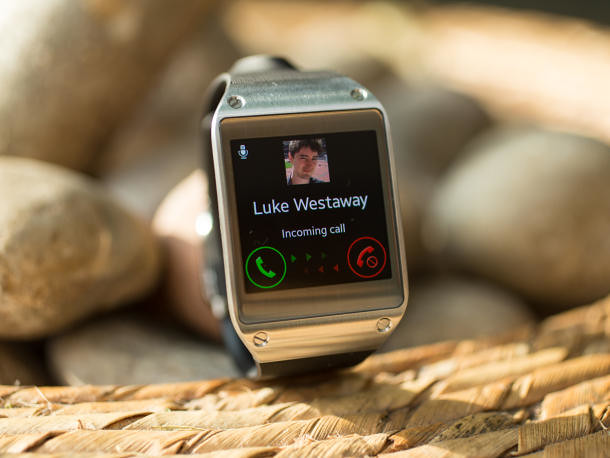 Unfortunately, you are unable to read emails on the Gear or send them. You will receive a notification of a new message but will need to open up your Galaxy phone to read the message.

The Gear has a 1.9mpxl camera attached to the strap, great when you need to take pictures rapidly, the actual quality of the images are not too bad either. However, if you had the ability to use your Galaxy phone to take the picture – it would be fair to say the quality would be significantly better.

It also has a calendar function to allow you to see the titles of entries via Google calendar on your phone and has a media centre which enables you to change songs playing from your Galaxy. Helpful if you are commuting with your phone in tucked away and need to change a song without having to unlock your phone.

There are also a limited number of apps available for the Gear, which may change going forward. The ability to do much on the small screen is noted but going forward there may be uses for the Gear and Galaxy combo. 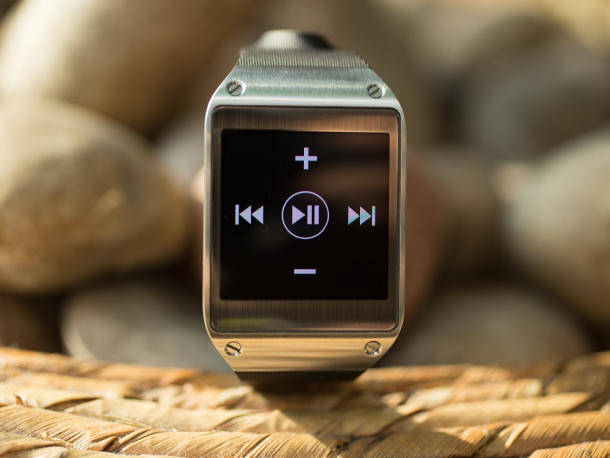 Cons: A lack of e-mail and social network support, limited compatibility with other devices, the external charging case, and hit-and-miss voice control seriously limit its usefulness. The cost of the watch will also impact the ability for it to appeal to the mass market.

Samsung’s take on the smart watch has some great potential, and it does get some things right, but its inability to perform truly “smart” functions means it falls short of expectations. With a UK price tag of approximately £300, we are in no rush to switch from a classic timepiece.