Elysium presents the planet’s five hottest travel destinations – so off the beaten track even Google Earth has yet to locate them!

OK so that opening statement might be stretching it a little but here at Elysium towers we wanted to come up with a truly spectacular list of destinations. A list that would make anyone reading it want to embark on a trip to the local travel agent and start buying up foreign currency like it was going out of fashion. True everyone wants something different from their holidays but a list of the best all you can eat beach hotels this is not. This is for the discerning gent and his lady who likes their meat rare and their coffee strong.

So where to start in the world? Do we pick one destination from each of the major continents? Should avoiding civil wars be a pivotal factor? In the end we did what we know best – went for the greatest regardless of geography and politics. So fasten your sofa belt, strap in your iPad and get ready to go on a journey. Who knows where we’ll end up… 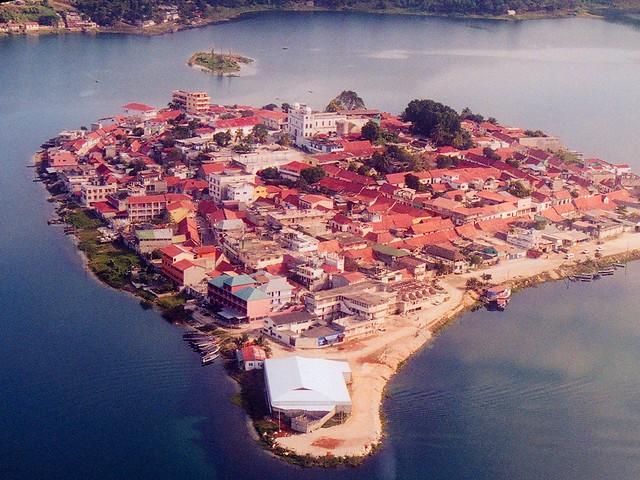 It isn’t easy to describe Flores if you haven’t been – I have and I’m still not sure what I encountered that beautiful day in 2009.   The best way to explain how life rolls on this tiny islet off the mainland is to imagine a utopian society where no one works and everyday is a series of fun, games and festivals. I’m sure people do work in Flores but when the island’s population seems to be playing beach volleyball and drinking local beer as the sun beats down on a Monday afternoon, while others cheer the procession of a colourful carnival through the narrow streets, you do start to wonder. Ibiza crossed with Rio and a dash of Havana thrown in seems to be a reasonable description. All wrapped in a tourist-free sandwich. Which is of course the best part of all.

Did you know that Greenland is still the largest island in the world? I say still because with all that ice melting, some feared it may have shrunk to the size of Iceland by the year 2020. So imagine an island twice the size of Australia that no-one ever visits. Greenland is the Rubik’s cube of the travel world. A bizarre, far off possibility for some, and a distinct never in my life for most. But for the few who do look beyond Canada, Scandinavia and even the Antarctic for their idea of a “rugged holiday”, it’s absolutely bewildering that Greenland has never appealed. Because quite frankly it should. 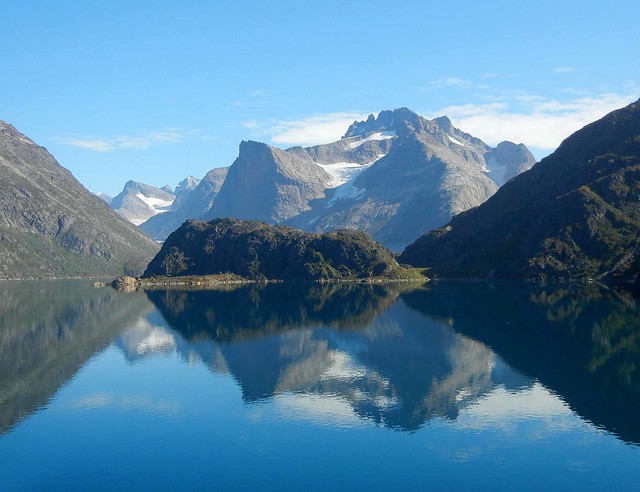 Aappilattoq on the precipitous west coast is where the vast Greenland icecap reaches the sea. It’s a hunting and fishing town, and part of the stunning Greenland fjord route. Nearby is Upernarvik Icefjord village and its puffin colonies.  When you come to Greenland you actually feel like you are in unknown territory and that is a rare feeling with so much of the world beamed into to our living rooms. Thousands of years of community, culture and artisan traditions await in this most hospitable of inhospitable environments and, whisper it, “no-one even knows about it”. 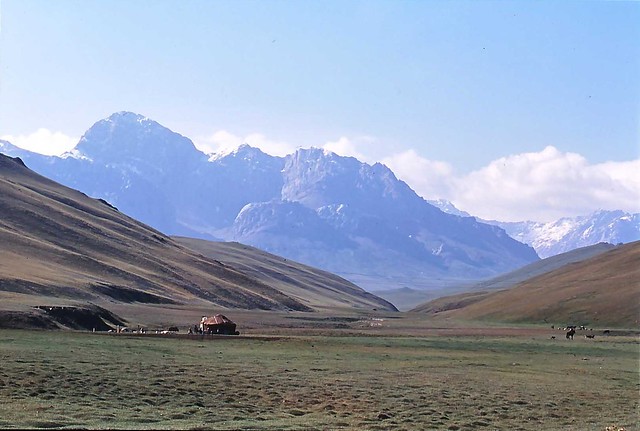 The Silk Road was a historical network of interlinking trade routes across the Afro-Eurasian landmass that connected east, south and western Asia with the Mediterranean and European world. It was of course most famous for the Chinese silk trading that dominated but today, while the trading may have diluted a little, the chance to sample just one square mile of this location is to step back in time itself. And we’re not talking the 1950s here. The Silk Road simply tantalises the imagination with a treasure chest of wonderful images – from Marco Polo and his army of camels, Genghis Khan’s legendary army to traders with precious cargo ambling through the sultry desert. Add in more spices than even Madhur Jaffrey could cope with and you are talking one serious feast for the senses.

A bit like the Trans-Siberian Express, the Himalayas or other trans-continental experiences, you can visit the route in any number of countries but our favourite is to touch down in Uzbekistan and take it from there.

The most important sites along the Uzbek section of the Great Silk Roadare phenomenal.  From the remote Khanate of Khiva, to the winding medieval streets of Buhkara and the graceful symmetry of Samarkand’s Registan Square, the history of the legendary trade route is so complete that it’s like popping up in a biblical soap opera. 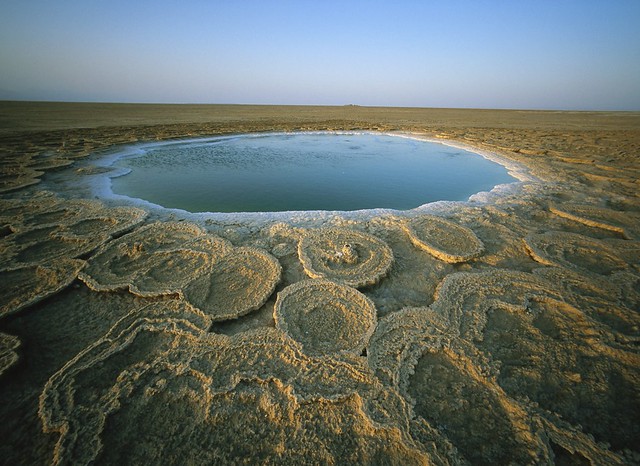 In the words of Tony Blair – though not his words of course but those of some shadowy spin doctor type – come here and you will literally “feel the hand of history on your shoulder”.

That’s because humanity literally began here – and took its first steps out of the wilderness into a future that was set to include nuclear weapons, mad cow disease and Justin Bieber.  Whether they should’ve stayed at home is another question but stay at home they didn’t.

The Great Rift Valley stretches for over 9,600kms from Turkey to Mozambique. In East Africa this giant crack has made a valley with a length of 6,000kms featuring volcanoes, natural hot springs and elongated lakes in the Great Rift Valley that threaten eventually to split Africa apart. The valley passes through Ethiopia at the northern end and opens into the famous Dankill Depression 116 meters below sea level and one of the hottest places on the earth.

There isn’t a single spiritual centre to where man took his first steps out of Ethiopia/Africa but the Herto Bouri formations are considered to be as close as it gets.  Indeed National Geographic has this year commissioned a seven year walk entitled “Out of Eden” which aims to follow this historic walk (take a look here). 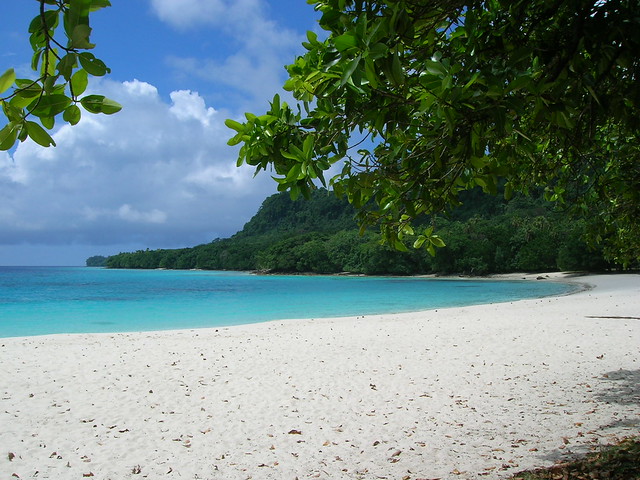 So we decided to finish with something a little more sedate. And what could be more enticing than a beach that is named after man’s most hedonistic nectar.
The South Pacific island nation of Vanuatu broke into the headlines a few years ago when it was named “happiest destination on earth” (…though they have yet to visit the Isle of Dogs at the time of writing).

The crescent of sand at Champagne Beach looks upon a lagoon fringed with coral and the beach gets its name from a phenomenon witnessed by the first travellers to the region – the shallow waters appear to fizz at low tide, as if the beach is swimming in bubbly. In truth, the effect is caused by gas escaping from volcanic rocks on the sea floor. Either way, swimming in a warm, frothy heaven is not a bad way to spend a few hours playing on your iPad…reading Elysium Magazine.

Reckon we’ve missed a destination worthy of a place on this list? Then tell us with a tweet!