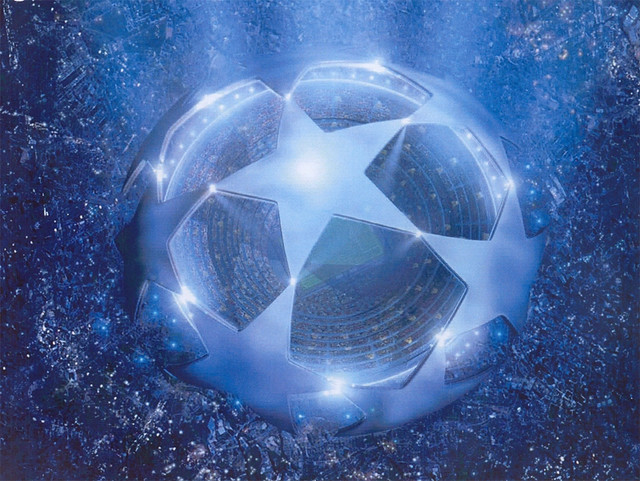 Love is in the air, and it’s not just because of Valentine’s Day. After a winter break the Champions League is back with the knock out rounds, giving us that warm feeling inside every time the iconic theme song comes on. This is where it starts to get interesting, no more meaningless group games against minnows from the backwaters of Europe we didn’t know even existed; it’s all two-legged knock out action from now on. Here’s Elysium’s run down of what we’ve got to look forward to.

Arsenal looks to have a mouth-watering tie against AC Milan coming up in what could pose as potentially the tie of the round. AC Milan are leading the race for the Serie A title and go into the tie on good form. The same cannot be said of Arsenal whose patchy form this season has seen them fall away from the chasing pack at the top and looking like they’ve got a fight on their hands to even reach fourth place. Both teams like to play passing football, and with mercurial Zlatan Ibrahimovic on the pitch anything can happen, although he’s yet to turn it on during a Champions League game that matters so we could still be waiting.

Chelsea looks to have a very interesting tie against a dangerous Napoli side. On current form Chelsea look finished already with confidence around Stamford Bridge lower than the sub-zero temperatures hitting the capital recently. Napoli are a very capable side who have a formidable record at the Stadio San Paolo. If key players Marek Hamsik, Edinson Cavani and Ezequiel Lavezzi all click together on the night it could be game over for Chelsea before the return leg at the Bridge.

With Manchester United and Manchester City both not qualifying from their respective groups last year (Thursday nights on Channel 5 anyone?), the English flag is only being flown by the two clubs from the capital. Fears are high though as chances of no British representation in the quarter final stages looks to be hanging in the balance.

There are no other heavy-weight match ups in this round but that doesn’t mean there aren’t any other interesting clashes. Jose Mourinho’s Real Madrid face a tricky trip to Moscow to face CSKA, although Mourinho’s knowledge of the competition and the immense talent in the Madrid ranks should be enough to ensure their name is in the hat for the next round.

Current champions Barcelona are faltering in the league this season, with lacklustre form and coming off the back of a 3-2 defeat at Osasuna at the weekend. Paired against a well drilled Leverkusen side, boasting one half of the German twin starlets – Lars Bender (brother Sven plays forDortmund) – in the middle of the park it could be a tricky night for Pep Guardiola’s men. However Leo Messi, Xavi, Cesc Fabregas and co should have too much for them over two legs.

The remaining tasty tie of the round has 2010 champions Inter travel to Marseille in the first leg. Inter have had a difficult season but Claudio ‘Tinker Man’ Ranieri looks to have steadied the ship, and with players of the calibre of Sneijder, Maicon and Forlan at the spine of a talented squad they should have too much in the tank for Marseille. Although travelling to the Stade Vélodrome with require the boys in black and blue to be at the top of their game.

So there it is in all its glory. It’s a welcome return for Europe’s premier football competition, and with the mediocrity of group games is over, now the real action can begin. It’s somewhat fitting then to have its return on Valentine’s Day, when we’re all in need of remembering just why we feel in love with the game in the first place.