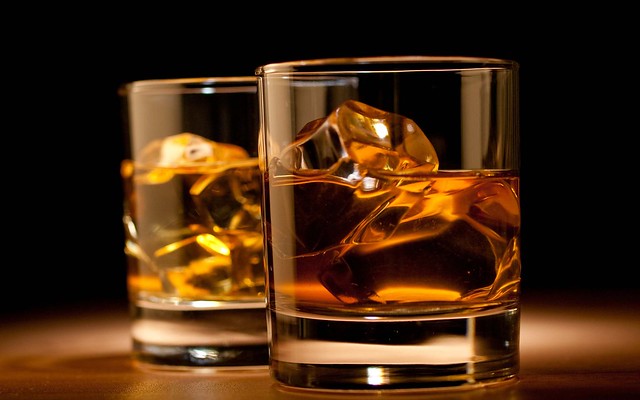 When it comes to fine spirits there are few things better for the discerning gent than enjoying a great whisky. Such a refined and nurtured drink takes years to develop its character so it’s only right that it’s savoured in the most apt way befitting a great tipple. It’s the only way Elysium Magazine deems right.

To help the discerning gent open his eyes to the ways of whisky drinking, Elysium Magazine sought out Colin Dunn, whisky ambassador for Johnnie Walker Blue Label, to help in this education process and give share the whisky drinking knowledge he has garnered over many years of whisky consumption in the name of work. 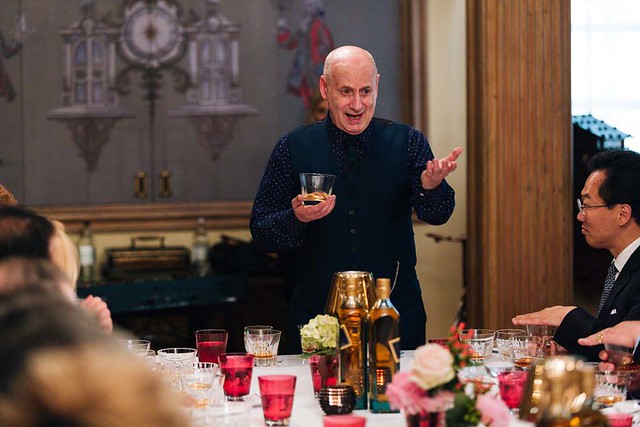 Here in this masterclass, Colin tells Elysium Magazine us more about the differences in whiskies, how best to enjoy this exquisite tipple and much more. Arm yourself with this knowledge and be the most confident man at the bar.

Elysium Magazine: The discerning gent is a fan of whisky but there’s plenty about. What’s the difference between the various types?

EM: If there is one thing I should always remember about drinking whisky, what would that be?

CD: It is important to have an open mind and be willing to try whisky in different ways, either as a long drink with a mixer, in a cocktail, with unique food pairings or just straight up.

EM: How important is the glass I use when drinking my whisky?

CD: There are styles of glass that can heighten the experience – Glen Cairn has great glassware – slightly bulbous at the base and coming in at the top which helps to catch the aroma of the whisky.

EM: When drinking whisky, should it be neat, with water or with ice?

EM: How should a discerning gent be drinking his whisky? Talk us through the steps.

CD: When approaching whisky I think it can be broken down into three stages – like a good film or book, there is a beginning, middle and end to the experience. With whisky this translates to aroma, mouth feel and finish.

EM: If I wanted to impress my friends/boss/father-in-law when at the bar, what whisky drink should I order?

CD: If in a cocktail bar, try an “Old Fashioned” whisky cocktail (50ml Johnnie Walker Gold Label Reserve, 2 dashes of Angostura bitters and a sugar cube – stirred until diluted and garnished with an orange twist). This is a classic cocktail which brings out the flavour of the whisky, making it into a rich mouth filling experience. 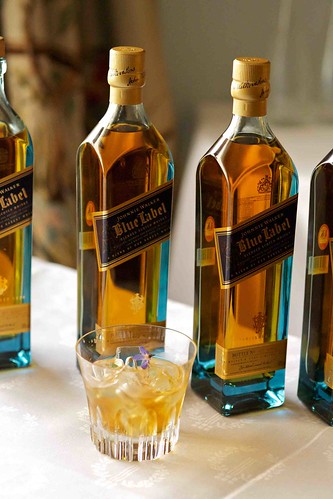 EM: Tell us more about your role with Johnnie Walker Blue Label whisky?

CD: My work involves getting people of all ages to realise that whisky is a liquid that has many facets. This involves talking to bartenders, sommeliers and the public at large to encourage them to be open minded about drinking whisky.

More recently, whisky is enjoying a real resurgence and has become much more accessible to the public. This is in large part due to the amazing work carried out by bartenders who have a real love for the brand and liquid. We’ve seen a growing number of high-end whisky cocktails that are now available at leading UK venues, restaurants and bars as bartenders experiment with flavours and blends, and they’re proving to be hugely popular with cocktail lovers.

To end our whisky interrogation we ask Colin to recommend two cocktails of choice. The first is a Rob Roy made with Singleton Tailfire and the second is the Johnnie Walker Flower using the brand’s Gold Label Reserve. You’ll agree here when we say that both cocktails have us reaching for the whisky tumblers.