The Interview: Will Greenwood Talks To Elysium Magazine 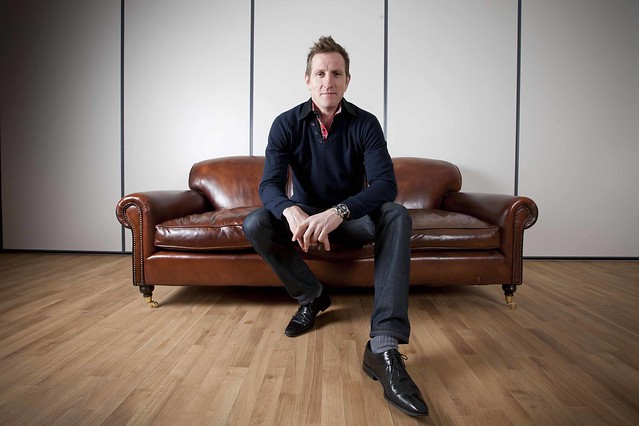 Former England rugby centre Will Greenwood MBE is a man who reached the pinnacle of his career during his playing days. As member of the famous England team who won the Rugby World Cup in 2003, he knows a thing or two about being a winner. He talks to Elysium Magazine ahead of the British and Irish Lions tour this summer and why the Rugby 7s is a great night out for the rugby fan.

Elysium Magazine: What did the Six Nations tournament earlier this year tell us about British and Irish rugby?

Will Greenwood: The tournament as a whole was a pretty good tournament. If you’re a Lions fans, with the boys heading to Australia this June you can be very confident about the way the guys performed under pressure. The ability and the opportunity that a lot of the Scottish lads have taken to perform under such high pressure and stick their hands up for selection is great. We know about the Irish class even though they didn’t have a great tournament.

England and Wales going toe-to-toe in what was a Championship decider which was also it was almost a final trial for that first test Australia in June. If you’re a neutral fan it was a great test match to watch. If you’re Welsh it was an immense day as a lot of the Welsh lads will be looking forward to a great summer tour of Australia. If you’re an English fan it probably didn’t go according to plan and you’re sweating a little bit about whether certain players will get the call up to go to Australia.

EM: What have we learned ahead of the Lions Tours this summer?

WG: It highlighted the players to watch. If you go through each nation and where their key players are you’d hope the best will make selection:

EM: What about England youth – any tips on who to watch out for in the future?

WG: Billy Vunipola (forward) who is at Wasps at the moment and moving to Saracens for the coming season and another young lad called Christian Wade (back) – these guys are worth keeping an eye on and should start to get some England caps in the next 12 months. 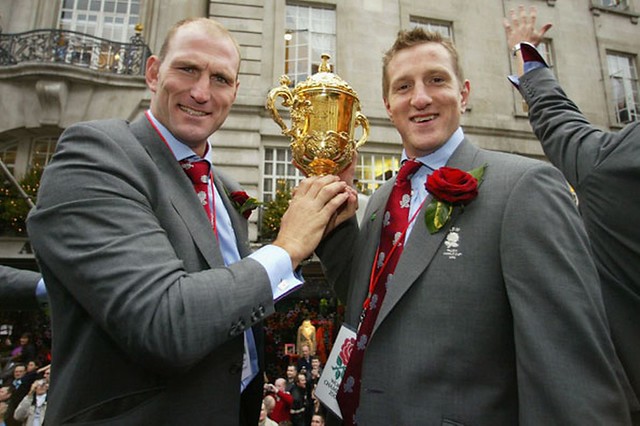 EM: Do you think the role of a centre changed much from the time when you played the position for England?

WG: Yes – definitely. It’s much more of a power player in the centre now. You still want to have ability to handle and shift the ball around but it’s such a physical confrontational sport in rugby. Guys now need to be able to run through brick walls!

EM: Would you like to get involved now if you were still playing?

WG: If I was 18 right now I’d probably consider taking up golf or tennis instead! 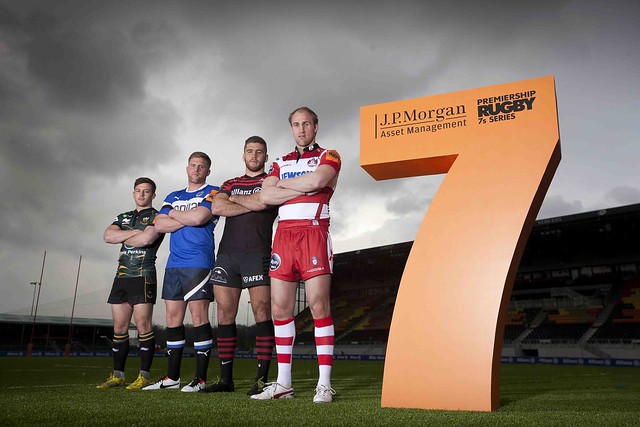 EM: Tell us a more about the J.P Morgan Premiership Rugby 7s?

WG: It’s a great opportunity for anyone that’s not too strong on their rugby knowledgeable to come and enjoy the game. One of the Rugby 7s nights in August is a lot of fun in terms of a short sharp taster. It’s an opportunity to look at the next generation of England players and a good night out for a group of mates too.

EM: With Rugby 7s – does the preparation differ in any way from traditional rugby 15-a-side matches?

WG: It’s based on 14min games – 7mins each way, followed by music and food and drinks – it’s a great experience.

EM: Is there more emphasis on technique (like with five-a-side football)?

WG: At international level the England 7 guys very rarely see the England 15 guys but what’s great about the Rugby 7s is that you get to see household names try their hand at a game that’s now an Olympic sport too. The 7s format will help the game go global. The 15s is much more of an international sport dominated by ex-commonwealth countries.

EM: Who are your tips for the grand final this year, and eventual title winner?

WG: What’s great about the Rugby 7s is that you really have no idea of the personnel or the make-up of the teams because different coaches use it to bring some of their older players back in, or working on player spatial awareness. Other coaches like to bring in their academy players and give them the opportunity to play in front of larger audiences and with a trophy at stake. The only thing you can be guaranteed is that it’ll be a great night. 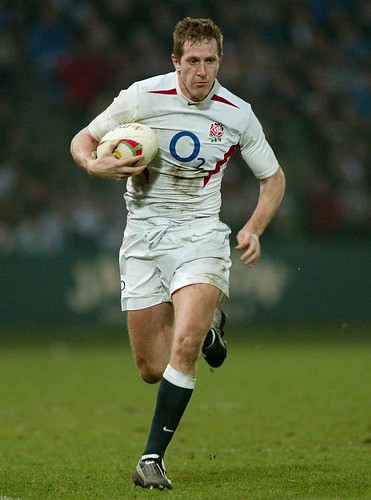 WG: I do a lot more cardiovascular and very few weights now. I’ve returned to my natural body weight which is about four stone less that my professional rugby playing weight.

EM: Do you participate in other sports/pursuits since you retired from the game?

EM: Is there any sports/activities you’re still craving to try?

WG: Anything with a ball I’ll play! I’ve played most sports now and will continue to do so.

EM: How did you like to relax when your were a professional rugby player?

WG: Good question! I’m not saying I’m an avid reader but I do like the occasion book, otherwise I’d have a game of golf.

Because your days at work are as a professional sportsman, you go in at 9am, you train, you catch up with the lads, you have lunch, and you train in the afternoon again before you go home. The mornings and evenings are no different to if you worked in the city. You train during the day then you go home at night. You’ll stick your feet up and watch a TV programme and have pie and chips for dinner!

EM: The discerning gent likes to travel. Where do you like to go on holiday?

WG: I’ve just learnt how to ski so I love skiing. I also love going to Sardinia to a place called ForteVillage where I run a coaching camp.

EM: And finally, do you have any specific destinations on your hit list?

WG: I’d like to go on a safari holiday and also to Las Vegas!

Tickets are now on sale for the The J.P Morgan Premiership Rugby 7s kicks which off on 1st August at Kingholm, Gloucester visit: www.jpmorgan7s.com or follow @jpmorganrugby7s