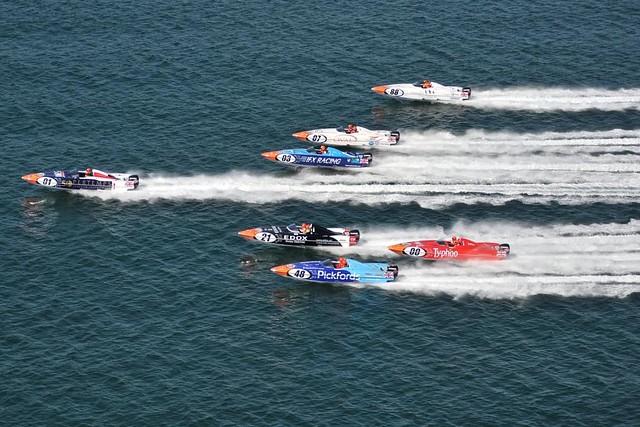 Powerboats are like the Formula 1 of the seas. The high octane action on water can be thrilling and dangerous at the same time – a sport the adventurous discerning gent could well appreciate. Elysium Magazine wanted to know more about life as a powerboat pilot so we spoke to Welshman James Norvill, 33, who is at the controls of the P1 Marine Foundation boat. Here he gives Elysium Magazine a deeper insight into the world of powerboat racing.

Elysium Magazine: Talk us through what it’s like to be at the wheel of a powerboat? Is there anything you could compare the experience to?

James Norvill: The P1 Panther race boat, the one used in the P1 SuperStock Championship, is actually very comfortable. It is designed as a dual purpose boat, meaning that it can be used for leisure as well as racing.  It has suspension seats, carbon fibre dashboard, foot throttle and even cup holders. When you sit in it for the first time it feels like you’re sitting in a high-end sports car, but you have to remember that when we race it’s on an ever-changing race course. When the water is rough, it feels like you have jumped into a washing machine and inserted 50p. There is certainly no use for the cup holder at that point!

EM: Powerboats are one of the most powerful and expensive racing machines, do you ever get scared when at the wheel?

JN: The P1 SuperStock Championship is a new breed of powerboating. P1 has reduced the price of the boats and racing costs as well as the power of the boats and focused the racing on the skill of the pilots. And as all the boats in the championship are identical, it means that the racing is really close and unpredictable. This makes for great racing and most of the time the boats are racing really close together. Having said that, when there are 10 other boats going in to the first corner with the waves crashing over your bow it certainly gets the heart going! 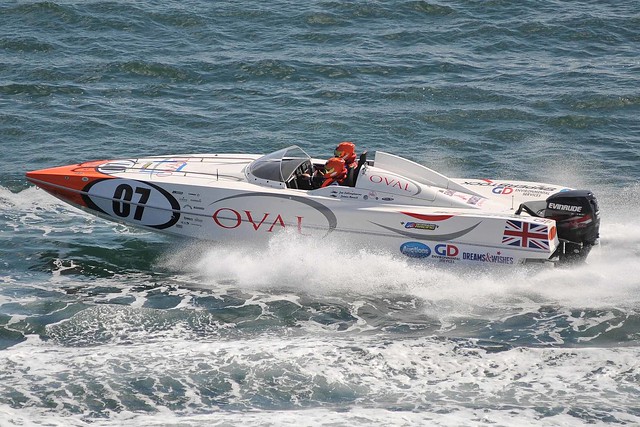 EM: What’s the fastest speed you’ve reached in a powerboat? How fast would you ultimately like to go?

JN: I have been in a boat going at ridiculous speeds, but nothing compares to the thrill and skill required of racing the P1 Panther at 65mph deck to deck with 10 other boats trying to get to the front. That is what racing is all about.

EM: What is your fitness regime like in such a profession? Have you altered the way you train, or had to focus on specific areas? 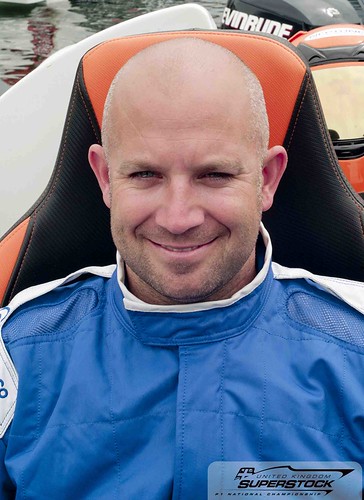 EM: Has your diet changed since you became a powerboat racer?

JN: No, I’m a pretty fit guy anyway so I haven’t really had a problem in this department.

EM: Thinking about downtime, how do you like to enjoy yourself outside of the boat and the sport? Is it all partying on glamorous beaches & ports?

JN: Although powerboating is thought of as a glamorous sport, when you are racing over a three-day race schedule you can’t afford to be anything less than focused and at your sharpest, so the race weekend for the pilots doesn’t really allow for too much partying ….. but when the racing is over we can let our hair down a little.

EM: Do you have any words of wisdom for anyone interested in becoming a powerboat racer?

JN: The first thing I would say is that it is cheaper than you think. P1 has really reduced the cost to race and you can rent a boat and go racing for as little as £5,000 a year and you get to keep the boat for the entire season. But if you want to do well in racing you have to get professional training. Because the boats are all identical you need every advantage you can get and squeeze every mph from your boat as you can – that’s what makes the difference between winning and losing. It also is important to learn how to race safely; there is a racing etiquette that must be followed so that we can all enjoy the racing in a safe environment. 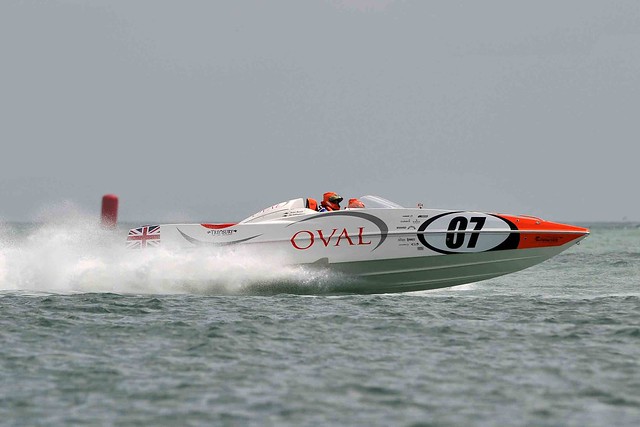 EM: Finally, looking to the future and your ambitions, what would you like to achieve in your racing career?