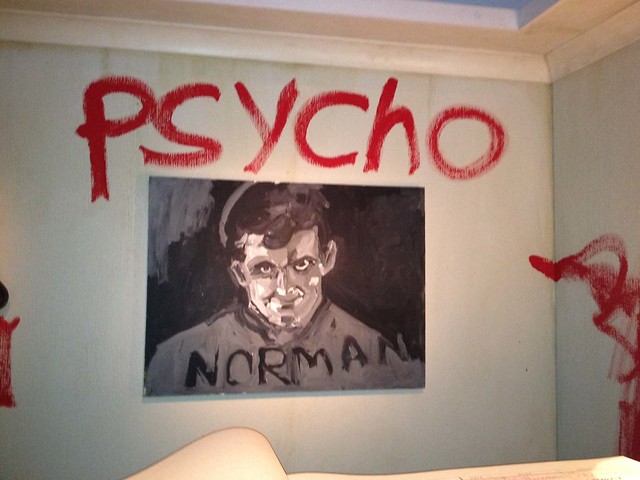 By Kelly Panayi, who can be found tweeting at @kpanayi

When one thinks of James Franco images of an intense acting talent spring to mind, his performance in 127 Hours was nothing short of incredible, as he captivated audiences with his near solo performance for over an hour and a half, a solid testament to any actor’s talent. The second is his undeniable outward beauty that has elevated him to movie star heartthrob status, I’m guessing Franco takes the lead role in many a girls and boys dreams.

It is this lethal combination that won him one of his breakout roles playing James Dean, no pressure then, in a TV film on the icons life. Franco in true method mode, locked himself away, cut himself off from friends and family, and became Dean by watching Deans’ films.

Just for good measure, Franco is a published fiction writer, holds an MFA (Masters) in writing, and, is a PhD candidate to boot. So when I heard of his art opening debut at Pace, largely based on Hitchcock’s film Psycho, and the subject of my then Masters in Film, I wondered whether this talented man had flown so high in his ambitions that he was heading for a fall akin to Icarus. It was with this all in mind that I approached the friendly, smiley man at his opening where I asked him for an interview on his work.

James, this is your first exhibition in London. One of the main themes is a mise-en-scène of Hitchcock‘s cult movie, Psycho. What is it about the film that made such a mark on you?

James Franco: I like the original movie, but I don’t love the original movie. If I think about it, I think I am fascinated by the sequence that begins when Marion arrives at the Bates Motel up until she is murdered. It is so full of tension and role playing. It is a sad and intense little meeting between two strangers in the middle of nowhere. It’s like she’s a fly who sadly flew into Norman’s sad little web of make-believe. I like the Hitchcock film and its source book by Bloch because they deal with extreme imaginary states and with role playing. And essentially, those are things that I do as a professional actor.

Because these themes are built into the original film – film being a medium that is already, and always dealing with these themes – there are multiple levels of reality and fantasy at work. When I then take it and make something new from the existing material, even more levels are created (not to mention all the additional levels created by the different explorations made by Douglas Gordon and Gus Van Sant, etc). 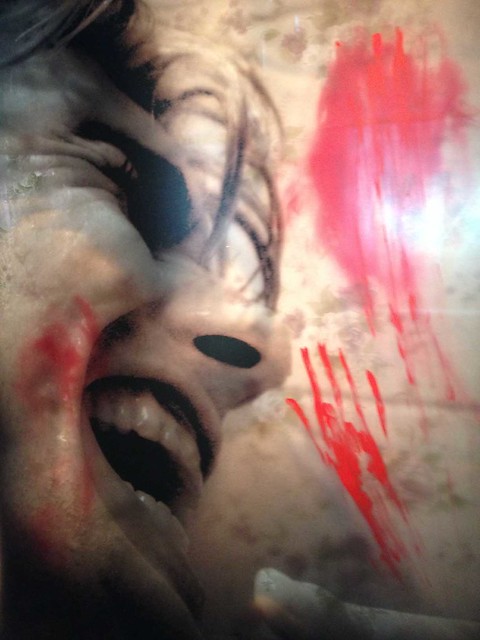 What led you to re-create the psychological entrapment evoked in the film?

JF: I often use film and performance as lenses through which I can look at our contemporary world. As we add more and more cameras to our lives and as our world becomes more digitised we all become more aware of how we present ourselves to the world. We all become bigger performers than we are naturally.

You’ve cleverly married the worlds of art and film, how did you begin the process?

JF: I come from the professional film world, but I have studied in the arts and worked with contemporary artists for decades. In this post-studio age, everything can be art. I look for ways to frame each of the different spheres of my world by each other; meaning, I like to pull the film sphere into the art sphere and vice versa.

What motivated you to re-enact the infamous Fatty Arbuckle scandal?

JF: I felt like there were parallel themes between Fatty and Psycho: performance, reality, masks, memories, public personas, all these things are at play in both cases. Fatty was a great comedic actor of the silent film era, but his actual life was embroiled in scandal. His creative world and his personal life started to merge and influence each other in deep and disconcerting ways.

What function do you think film and contemporary art make in society?

JF: I think they mean everything and nothing. Film and art can be sad reflections of who we are, they can pointers to where we can go, they can enrich our world and they can cover our world in slime.

What do you think makes a good artist?

JF: Someone who shows us all the beautiful, hidden connections between things. 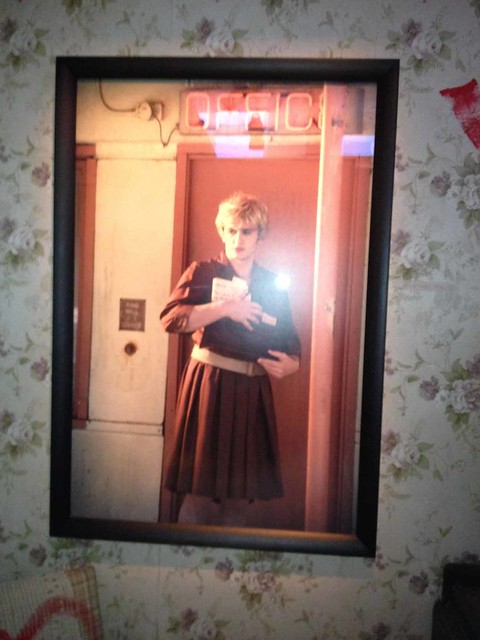 Franco’s exhibition like the character Norman in Psycho, penetrates your senses and allows you to feel the same dis-ease as the character Marion. The artist nails the recreation of Hitchcock’s themes – ‘the gaze’ and ‘voyeurism.’ Franco’s piece Split Marion, a mirror installation, in particular, elicits the viewer to gaze and be gazed upon. In turn I found Psycho Nacirema, to be much like James Franco himself – brilliant, provocative and perceptive. Which made me think, this modern day Icarus still has his wings firmly intact, leaving us only with one question, what ambition will he fulfil next?

Journalist and Presenter, Kelly has written on contemporary art for leading international auction houses & galleries, and holds a Masters in Film and an MFA (Masters) in Acting from the Actors Studio, New York. A Classics and Literature graduate, Kelly writes and presents on her passions – film, showbiz news, theatre, travel and contemporary art. To see more of her work visit www.kellypanayi.com or follow her on Twitter @kpanayi