Taking A Byte Out Of My Apple 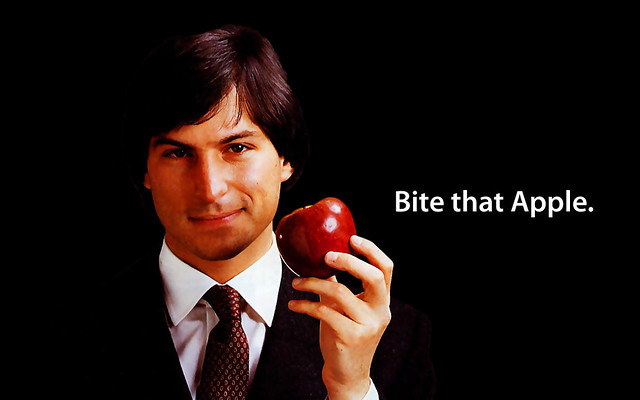 It’s not everyday you are asked to be CEO of Apple. The call came one frostbitten January afternoon when I was painting the bathroom a deep beige hue – “Paolo, drop everything, go forth into the world and tell us what we’re going to be buying from Apple in the coming years. You’ve got 24 hours starting now”.

I’m sure there are lots of jobs where much can be achieved in 24 hours – doing a stock take in a sweet shop springs to mind – but coming up with the new iPod is surely not one of them. Nonetheless, despite the daunting nature of the task ahead, I set about it with the veracity of a dog with a bacon flavoured bone. I took a walk around my flat – just where and how could Apple’s shadow permeate even further into our lives? Which aspects of our daily routines could the world’s most innovative company enhance and get us to spend a shedload of cash on? Well, here’s what I came up with…. 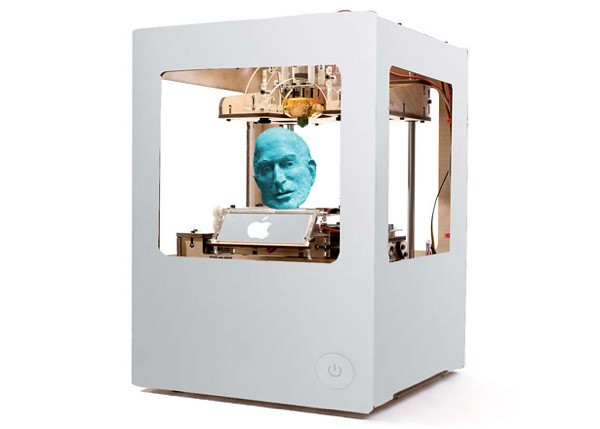 3D printers have been around for donkey’s years. But a bit like the early computers, they have not to date become consumer friendly products due quite simply to the cost of producing a single object, making the entire experience too high for your average Joe to afford.

In case you’re not familiar with the vagaries of 3D printing, quite simply scan an image and it will be reproduced as a solid 3D object because the printer is able to build it layer by layer, a bit like making a sandwich in fact.

Some commentators are predicting that 3D printing will be as big as the internet and while it is unlikely to quite have that impact it could spell doom for fashion retailers in particular as consumers are able to print the product they wish in their home, take it out of the printer and wear it to work that day. Who knows, even Simon Cowell might decide to print someone trousers that fit for once. 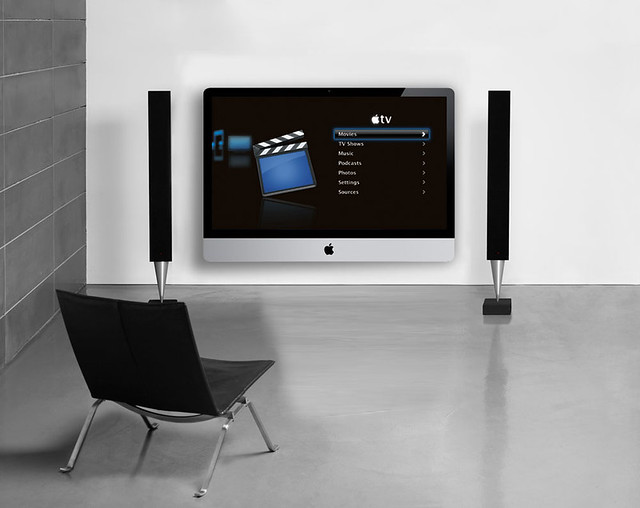 Television: But Not As We Know It

Apple TV has been mooted for several years now but due to the importance of the company’s phone and personal computer product roadmaps it has fallen down the list of priorities for the Apple money making machine.

Nonetheless, many are predicting an autumn launch for Apple TV (will they dare plump for the name iTV?) but what is not so certain is how it aims to compete in one of the most competitive spaces in the electronic universe. Samsung, LG, Sony, and the rest have been producing quality TVs for years but even they get it wrong, with the relative failure of 3D and 4K the most obvious recent examples.

So what will you get when you buy (into) iVision? Well for a start it will seamlessly integrate with your iCloud and iTunes software to produce a state of the art audio visual entertainment centre – but then Apple TV has allowed us to do this for a while so what else could be on the menu? Smart TV functionality will no doubt incorporate internet surfing, intelligent recording facilities, and long haul remote controls.

But it is the screen that will no doubt be the biggest challenge – expect resolutions and touch screen functionality to rival anything we’ve seen before. I would also expect a shell that can change colour enabling users to go from standard black to green, yellow, red or white at the flick of a switch – similar to the advent of the iPhone 6 if some commentators are to be believed.

Oh and how about I thrown in a lifelong free subscription to all iTunes film downloads as well? 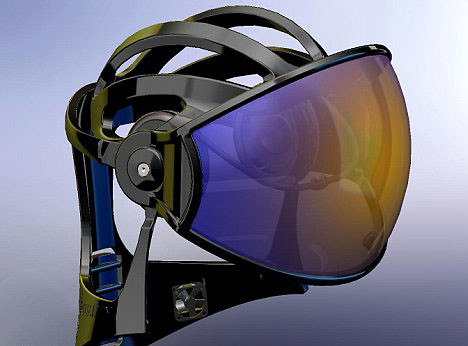 Forget those preposterous Google glasses (basically an iPhone strapped to your face), what we really need to get Apple’s teeth stuck into is the world’s first virtual reality headset. If Stallone in ‘Demolition Man’ didn’t put you off VR for life then there’s a chance you could be sampling your very own fantasy world before the turn of the next decade.

But of all the products Apple could have in their roadmap, the VR headset is surely the most contentious. I mean who would want to come home from another dull day in the office and have to take Megan Fox out clubbing AGAIN?! 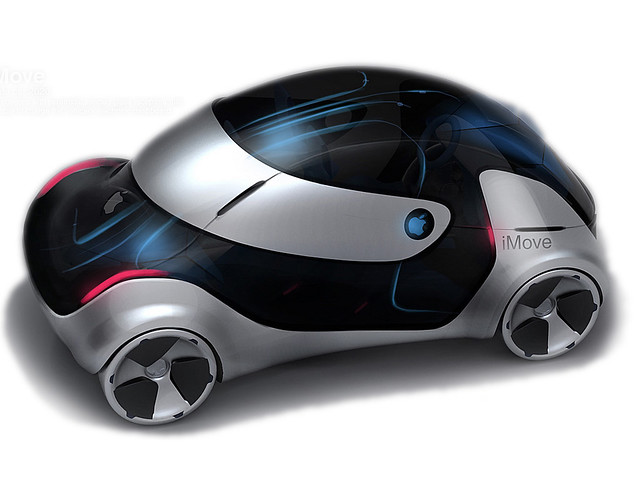 It’s Wheely Good: The Car That Runs On Apps

Before the iPod came along, Apple had about as much to do with the music industry as McDonalds has with PETA. So who’s to say they can’t go all automotive on us? After all cars are changing – hybrids, electric, water powered, smart – and as anyone who follows F1 knows, a car is as much about computers these days as it is diesel and oil.

Which is exactly why combining the technological prowess of Apple with the engineering beauty of Aston Martin could be one way forward. Just imagine the scene, Bond walks into Q’s testing facility: “Right 007, this is your new car and it makes Kit in Knight Rider look like something produced by Nissan”. 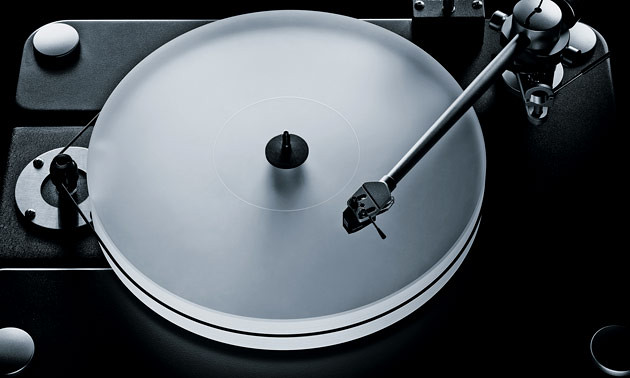 The Home Stereo: Strictly For Purveyors of Fine Vinyl

When social and cultural commentators look back at the first decade or so of the 21st century they will see a musical landscaped decimated by the karaoke by numbers dross perpetuated by the combined greed of ITV and Simon Cowell. In short Britain has been raped of its talent and in its place has been force-fed a diet of unbelievable mediocrity. Britain had always been great at music and crap at sport – but after watching the Olympics closing ceremony most agreed the opposite had in fact become the reality.

The signs though are encouraging. X Factor is finally experiencing a ratings demise and sales of vinyl are at an all time high. So if this trend continues, where better for Apple to put some resource but into a record player fit for the 21st century? Something that integrates seamlessly with the digital world but respects and promotes the delight and excitement of taking a record from its sleeve and putting it on a turntable. It may not be the brand’s biggest ever seller but it would do more to revitalise the music industry than anything else. And an ‘iFi Record Library & Club’ will be the icing on the cake. 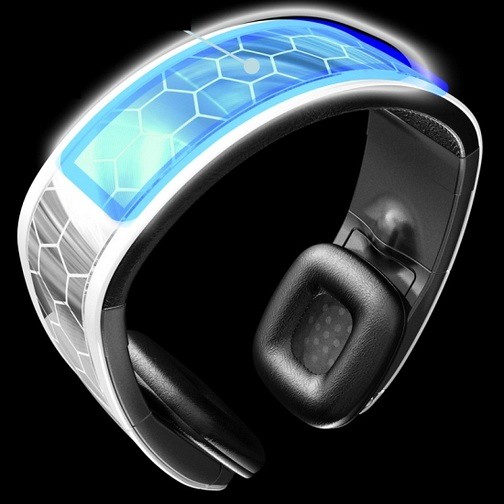 Wanted: Better Phones for Our Heads

Dr Dre and 50 Cent are just two of the big names who have become involved in the hugely lucrative market that is headphones. Which begs two mightily obvious questions:

As CEO for a day, for me it was a no brainer. Brands like Sennheiser, Shure, Beats and even Skullcandy have a death-like grip on the phones market. So where was Apple in all this? Nowhere is the answer but in my fantasy CEO world that was about to change – all I had to think about was who I’d collaborate with and only name sprang to mind. He’s the mastermind behind the greatest pop music ever made and the architect behind the Beatles’ historic sound – Sir George Martin. I’d say to Sir George. “Right George (because he’d let me call him that), you made the greatest ever music and we make the greatest ever music players so lets make sweet headphone sex together”.

And hey presto (or Jude) the iCans were born. 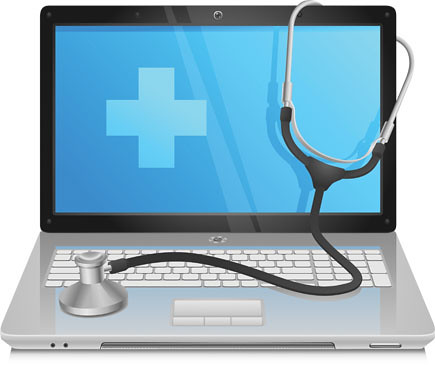 Fact: An Apple a Day Keeps the Doctor Away

More and more of us are testing and measuring our medical condition from the comfort of our home, with blood pressure, cholesterol and diabetic sugar levels being extremely commonplace. The NHS has of course given us NHS Direct, where we can diagnose and treat many illnesses over the phone. But take it one step further and pretty soon we will all be going to see the GP in our front room – although Apple will call him or her the iBlud.

This home personal medical centre will be able to test all manner of bodily functions and detect illnesses and warning signs including blood pressure, cholesterol, cancer cells, heart disease, blood sugar, vitamin deficiencies, food intolerances and so on.

The iBlud will also be linked directly to your local hospital so in the event that things don’t look too good, an ambulance will be dispatched quicker than you can say “Doctor, Doctor, can’t you see I’m burning, burning?”.*

* Lyrics courtesy of the Thompson Twins