Proposals Made Easy – How To Get That All Important Yes 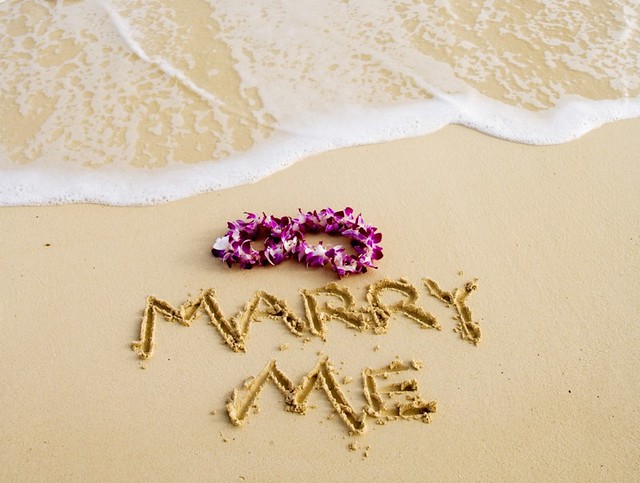 By Tiffany Wright, a lady who knows a thing or two about proposals (and can be found tweeting at @tiffanylwright)

It’s one of the biggest questions the discerning gent will ask in his lifetime. There’s no getting away from it, the media are obsessed and we’re sure your girlfriend is too: Getting engaged. In a day and age when proposals are expected to be worthy of a viral YouTube hit or a cinematic masterpieces, what’s a guy to do?  Suddenly handing over a ring in a candle lit restaurant just doesn’t cut it anymore.

You only have to log onto YouTube and type in ‘proposals’ and you will be flooded with lip dub masterpieces, engagements planned years in advance, and (grit your teeth for this one) even a musical Disneyland proposal.

It’s not just us mere mortals that are at it when it comes to competitive proposing. Holly Valance’s man recently asked for her hand in marriage by spelling out “will you marry me” on the beach in flames, and Marvin (from boy band JLS) hired a private island in the Maldives to ask his girlfriend, and member of girl band The Saturdays, Rochelle to spend the rest of her life with him. 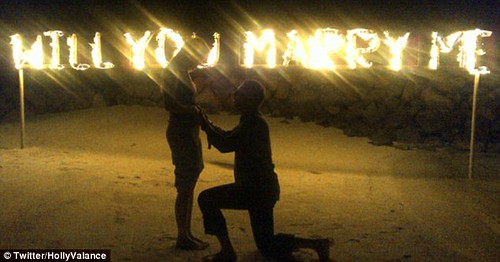 There isn’t an app for creating the perfect proposal but a new breed of proposal planners have hit the scene – helping you come up with unique and interesting ways to propose, and securing that all important yes.  Armed with unique ideas tailored to your relationship, a Professional Proposal planner will to turn your great idea for a marriage proposal — including fireworks or flash mobs — into reality.

Similar to wedding planners, Proposal Planners help arrange every details when it comes to proposing – from coming up with the idea, to calling vendors, getting in props, booking locations and, of course, ensuring he gets that all important yes.

“Log onto YouTube and you will be swamped with the latest marriage-proposal-gone-viral-video” explains Tiffany Wright, one half of the UK’s first every proposal planning business, The Proposers. “Marriage proposals have just got big – it’s no longer about just getting down on one knee and saying those four words. Men have to up their game, and that’s where we can help. One of the questions I always say to men who are sceptical about a Proposal Planner is: Would you cook a Michelin starred worthy meal and then serve it on a plastic plate? Of course not, so why should men spend thousands on the ring and then not spent the time and effort getting the proposal just right – even if it does mean they need a helping hand?” 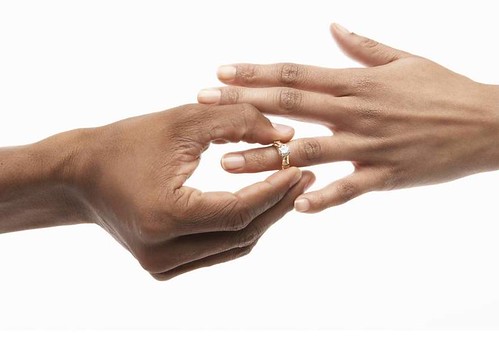 So, what are the do’s and don’ts of proposing? How can we make sure you get it 100% right. “Don’t just do something generic,” says Proposal Planner Daisy Amodio. “Think about your relationship and tailor your proposal to it. If your girlfriend and you have a favourite place that you always visit, think about proposing there. If she has always dreamt about taking a speedboat down the Thames, consider making that dream come true and hiring one. You need to show you know her, and your relationship, inside and out.”

Do: Make your proposal unique

“No two proposals that we arrange will ever be the same,” says Tiffany. “They will always reflect the couple. For example proposals don’t always have to be slushy or overly romantic- after all, if a couple is not like that in real life then why should their proposal be?”  One of the most unique proposals The Proposers arranged was for an East London couple where the woman was obsessed with modern art.  “We headed to East London and set up a pop up shop, which looked completely derelict and empty.” says Daisy. “Little did she know that when her boyfriend suggested they take a look inside, there was a simple ‘arty masterpiece’ hanging from a piece of thread in the middle of the shop – her engagement ring.”

“Make the proposal a story she will remember forever by capturing every moment on film.”  says Daisy. “Your girlfriend probably won’t remember half the amazing words you say, so if it’s on film, it’s only a click away. It would also be a nice idea to incorporate the film or stills into your wedding day/video.” 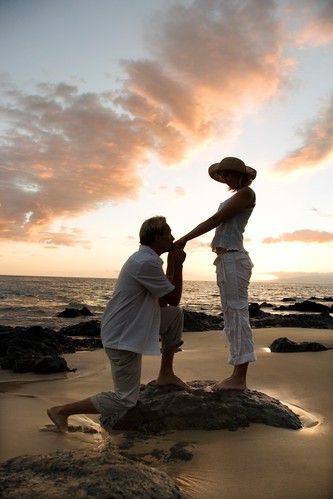 Do: Get the details right

“You can contact us for a free proposal etiquette guide” says Tiffany.  “This includes how to ask her parents for their daughter’s hand in marriage (the modern way) to how to plan without getting stressed.”

Don’t:  Go cheap on a proposal

The budget shouldn’t just be for the ring, the most important part is getting a yes, so make it special.

Don’t: Use generic ideas from the internet

“Anyone can do this,” says Tiffany. “The ideas on Google are not special or unique in any way. And make sure you don’t base your proposal on your likes, it’s all about your loved one’s likes.

So what’s it like using a proposal planner? Danny Amodi 31, from the UK hired The Proposers to arrange something special for his girlfriend Annie, and says it was the best thing he has ever done.

“When I contacted the Proposers they sent me a questionnaire which asked all about Annie and our relationship – from our first date to the dreams we both share for the future. I filled in it and three days later the Proposers contacted me with two bespoke proposal ideas. Annie had always loved London and we have shared many special moments there so I went with the London treasure hunt proposal.

On the day of the proposal they stuck photos and memories of Annie and I up around London on iconic buildings such as Big Ben and The Ritz. I told Annie I had a surprise for her and handed her a map which directed her to all of the photos and clues. She spent the day in London following the clues and reading the memories and letters I had left for her, before being led to a bar over looking London where I was waiting on bended knee.”

For just £100, The Proposers offer two unique proposal ideas completely tailored to your relationship, with the price going up if you would like them to arrange it all for you.  “It’s easy to think that we only cater for men who have money, but that’s not the case at all,” explains Daisy. “Sure, we have arranged a proposal that cost over 10k, where he whisked her to NYC and we created a personalised boutique filled with her favourite brands of designer shoes and clothes. But we also pride ourselves on coming up with simple, romantic proposals that don’t have to cost the earth.” 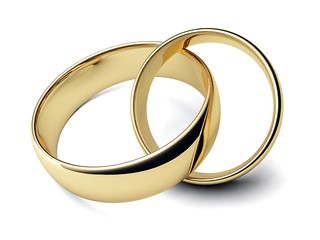 So, what are you waiting for?

If it’s time to get down on one knee and ask the most important question of your life, help is at hand. The aim of everyone involved is that she says yes.

For more information or ideas visit: www.theproposers.co.uk. The team can be found tweeting at here.