Feeling spoilt? You should be.

The UK is in the midst of what can only be described as the sporting equivalent of Nirvana. Put simply if this was food, we would be slap bang in the middle of that infamous Monty Python Mr Creosote sketch where a rotund Frenchman overindulges on his favourite nibbles. In our case the nibbles are the greatest sporting delicacies this country has probably ever seen in the space of one calendar year and if we all overindulge and burst at the seams like our Gaelic hero, then who could blame us?  There has been triumph, disaster, tragedy and Roy Hodgson in usual measures – in fact, as David Coleman would say, it’s been “quite remarkable”.

So strap yourself in and get ready for the top ten countdown of Britain’s greatest ever sporting year – where were you? 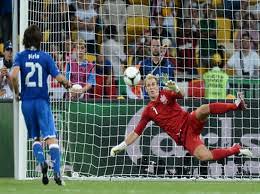 Sneaking in at the tail end was England’s fun and games in Polandand Ukraine. OK, so not much fun and it would appear we didn’t even know how to play the game at times – but let’s not forget England played their part in what has been described by many as THE Euros to end all other Euros. Spain gave us their 4-6-0 formation, which seemed to many like they were saying “look we’re so bloody good we’ll give you all an advantage”. Germany did an England and caved in, while England themselves tried to win the tournament by playing it out from the back, though sadly our back also proved to be our front. Ronaldo had at least six different hair gel formations in one match and his best mate Rooney, gave us the greatest hair piece in football since Lord knows when. And Italy gave us Pirlo, who gave us THAT penalty – a man so silky and smooth he makes Cary Grant look like William Hague.

If football is the pantomime dame, then surely boxing is the arch villain.  What we witnessed on a wet, stormy night summer’s night in East London was a vindication of what many called the ‘greatest con in boxing history”. It may not have been a world title fight but it proved to be one of the best British bouts since Eubank and Benn tore their way through the 1980s. 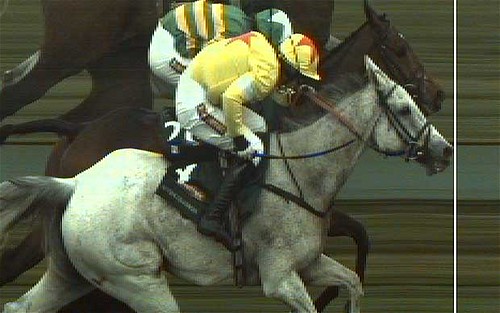 Here’s a sporting teaser for you. The world’s most famous steeplechase has taken place a staggering 164 times since its inaugural race back in 1839 – but in which year did we witness its closest ever finish? 2012 was as eventful a National as anyone could remember with Sunnyhillboy and Neptune Collonges inseparable from their nose-to-nose line finish. The race was also marred by tragedy as favourite Synchronised was put down on the course after a horror fall and only 15 out of the 40 horses that started, finishing the race. And what of the bookies? They laughed all they way to the proverbial bank after a huge public gamble on a fairytale finish for first female winner Katie Walsh, who led on Sea Bass part of the way but finished in third to still become highest placed female jockey ever.

What’s this doing in this list? Aren’t we playing the Aussies too many times? Prior to this apparently meaningless mid-summer series, viewed by many as an irritating distraction from the main course coming up against England’s new nemesis, South Africa, the answer would’ve been a resounding yes. But so complete and humiliating was England’s dominance over the Australians – crushing them 4-0 to go top of the world one day standings – that the most shocking thing about the whole occasion was that no-one seemed surpassed. It could go down as England’s greatest ever one day performance and to do it against their bitterest, former rivals was a beautiful feeling.

6. Andy Murray Wimbledon, June – “The Tracks of My Tears”

So he finally did it. Made it to a Wimbledon final that is. In any other year this would’ve been enough to bag a BBC Sports Personality award but then remember, this is 2012. Even more remarkable was Murray’s early match performance as he looked to finally take the world’s greatest ever player down. Alas it wasn’t to be but thanks to Sue Barker’s squinting face in the balmy July sunshine, we got a post match performance from Murray to cherish. At last. 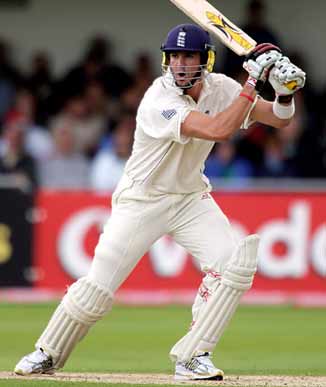 This should’ve been the pinnacle of English cricket – the chance for them to truly call themselves the greatest cricketing side in the world. As it turned out the Proteas were far too strong and thoroughly deserved their 2-0 series win, sending them to the top of the test rankings and humbling England back into 2nd place in the process. But this will always be remembered for “those texts” and the batting genius of Kevin Pietersen (and anyone who saw his century in the second test will have been open-mouthed at its breathtaking brilliance). But back to those texts – it is now alleged on some internet chatrooms that not only did Kevin Pietersen rubbish his skipper to his mates on the opposing team, he may have given them tips on how to get him out. We may never know but it certainly made for sensational drama.

4. Chelsea in the Champions League, April/May – “The Footballing Equivalent of Being Speechless”

If there was an award for the most jaw-dropping result in football history then Chelsea’s win against Barcelona has to be it. Consider the facts.  A month previously they had lost their manager and were dropping alarmingly down the Premier League; they were on the verge of going out of this competition by lost 3-1 in the away leg of their round of 16 match against Napoli; having made it through both this and the next round they came up against the greatest football team in history and the greatest ever player, had their captain sent off, went 2-0 down, gave away a penalty. And won. Incredible. To be honest Chelsea had worn us all out by the time Didier Drogba kicked the winning penalty at about 11pm on that Saturday night. But God only knows how those blues fans who were there to see it all must’ve felt.

OK, so quite a contentious one and admittedly our top three was a close call – but in the end we at Elysium Towers felt that there were two other sporting happenings in 2012 that had our jaws closer to the ground in terms of their uniqueness. That said, Saturday 4th August was one of THE greatest ever days in British sport and with incredible home support and almost half a billion pounds of funding from those lovely Government people this was possibly the ‘longest’ sporting orgasm our country has ever experienced. The real heroes of these games though were the great British public. And Danny Boyle. 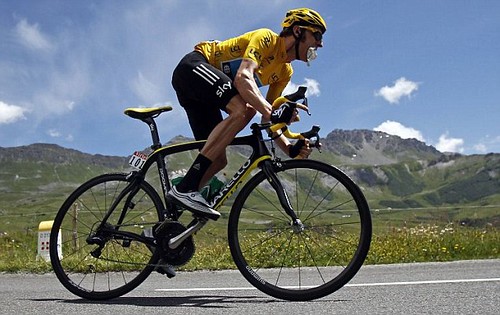 Let’s not waste too many words about Bradley Wiggins’ achievement and get straight to the point. Many Britons have won gold medals and football trophies in the two other biggest global sporting events, the World Cup and the Olympics. But we’ve been closer to getting a horse as Prime Minister than we had of having a cockney with great sideburns capable of winning the Tour de France. This is without doubt the single greatest sporting achievement by a British sportsman, ever. And it happened in 2012.

1. Premier League Final Day, May – ‘Spielberg Couldn’t Have Scripted This” 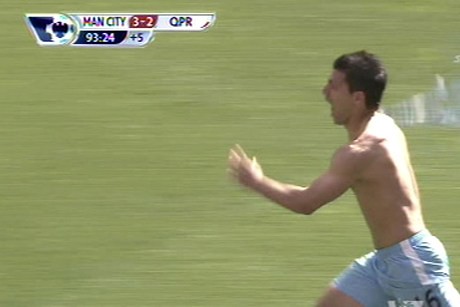 It is 16.51pm on Sunday 13th May 2012, the final moments of the final day of the world’s most watched league in the most popular sport in the world. The referee in the Sunderland v Man Utd game was about to blow the final whistle. After 38 brutal games, Fergie had done it again. Their bitter rivals, Manchester City, still needed to win to claim the title and were losing 2-1 to QPR as their match entered the final minutes of injury time. This would’ve been the most celebrated trophy in Fergie’s 25 year reign, knocking those ‘noisy neighbours’ off their perch.  But wait?   “….Balotelli…Aguerrrroooooooooooooo!!!!!!!  You will never see anything like this ever again!! So watch it!!  Drink it in!!!”

Not my words, the words of Martin Tyler. And who are we to argue?

Agree we this top ten, or reckon we’ve missed something of even greater sporting magnitude? We love to hear your thoughts, tweet us: @Elysiummag