Elysium Takes A Look At 007 In The World Of Twitter 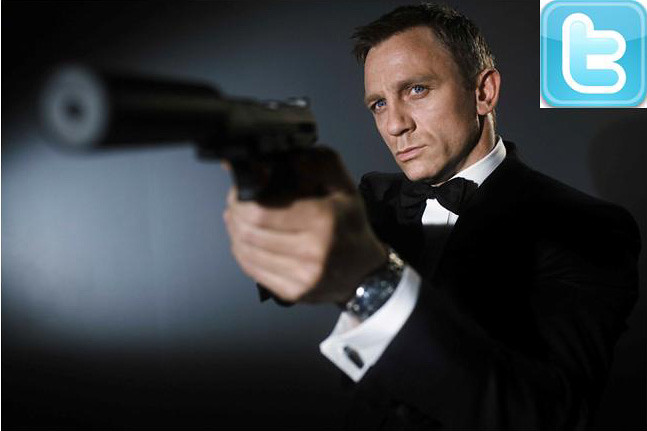 Over the years we’ve seen our favourite secret agent, James Bond 007, involved in all manner of antics as he saves the world and gets the girl. It’s all in the name of her Majesty’s Secret Service and he makes it look easy at times. The technology he has used has developed with each instalment of Bond – cars capable of underwater travel, watches fitted with lasers and even a pen that doubles up as a deadly weapon.

So how would Bond fare with the latest advancements in technology – social media? In particular Twitter. What would Q make of the 140 character conversational tool which gives anyone access to a global audience, should they care to listen? What would Bond gain from tweeting? With the next Bond film, Skyfall, said to be the most product placement-laden movie to date, is it time for the world’s favourite MI6 agent to embrace social networking and throw a hashtag or two around? Elysium Magazine is a huge fan of 007, a discerning gent of the highest order, so we thought to take a look at Bond in the world of social networking – in particular Twitter.

The first thing to address is data security. Considering Bond goes through gadgetry like confetti at a wedding, leaving an active Twitter account open on any mobile device he carries poses a sizeable security breach that would give Q many a sleepless night. Now Elysium is pretty sure Q could develop the technology to cover Bond’s social media tracks should he miss lay his mobile (self destructing tweets anyone?).

Bond and the Ladies 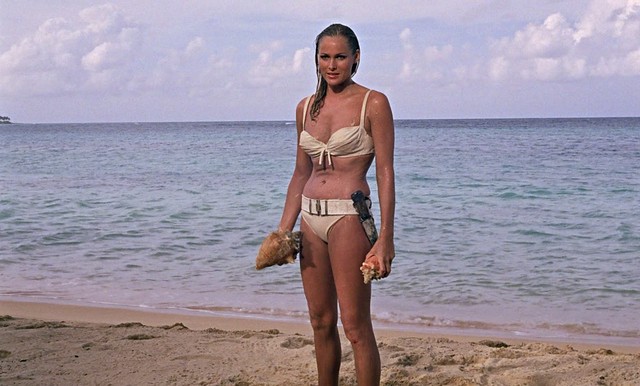 Now we all know Bond has a way with the ladies. It goes with the territory. He certainly has no problems attracting female attention, but could Twitter cut down the amount of chasing 007 has to endure (…or enjoy)? The fact is that the openness of Twitter means you can converse with anyone quickly and concisely. Could Bond do away with the dinner and dance, replacing this with a couple of provocative 140 character tweets fired in the direction of his no.1 target to get what he ultimately wants? This undoubtedly makes for poor screen time as the thrill of the chase definitely makes for gripping viewing.

Of course the main drawback for Bond on Twitter is that he’s there to be shot at. He’d be subject to a global audience, and as we’ve seen from customer service mishaps – if someone has something bad to say they’ll say it and it’ll be retweeted into the thousands if it strikes a chord. A woman scorned on Twitter has like-minded support only a hashtag away. Tread carefully Mr Bond!

Bond and the Villains 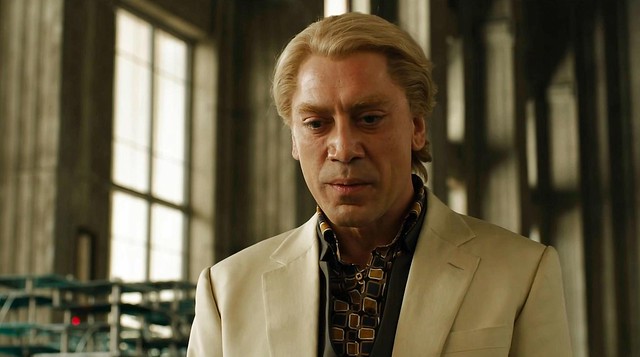 There could be all sorts of entertaining banter between Bond and his foes should they use Twitter to converse in digital horseplay. You only need to flick through the timelines of Piers Morgan’s Twitter account to see the entertaining game of cat and mouse played out with Sir Alan Sugar and Rio Ferdinand. This would be on a totally different level with villains as the 140 character one-upmanship will have a sinister ending for one (always the bad guy), but nonetheless is gripping screen time for the audience. Bond just needs to be mindful of his geographical tagging settings. Giving away his whereabouts with each tweet might not be appropriate, that is unless he wants to let the bad guys know where he is…

Twitter could be a convenient option for communication with HQ. We imagine M has some choice direct messages she’d like to send Bond when he’s not within earshot. Likewise, Q and the early adopter of technology that he is would love to send Bond gadget updates via a tweet or two. ‘Do pay attention 007!’ comes to mind. What about poor old Miss Moneypenny, forever seduced by Bond’s swagger. Could she handle the sheer volume of female attention 007 would attract like a magnet on his twitter account?

The conclusion is obvious. The rapid rise of Twitter dictates that Bond himself will soon succumb to the lure of social media. He has the sharp tongue needed to convey a message at get exactly what he wants within 140 characters. It’s an entirely different beast to anything he’s taken on before, but Bond is methodical and ruthless. This discerning gent has all the tools in his armoury to take on the world. Be it with his Walther PPK or his smartphone.

The official James Bond Twitter account can found here. Send 007 your thoughts! Alternatively, discerning gents of another kind can be found tweeting from Elysium Towers here.